Dale Stein doesn’t ever want to retire. It just doesn’t make sense to him.

The serial entrepreneur has a tremendous curiosity and a love for business. He doesn’t even consider it work.

“I can’t use the word ‘work’ — I don’t work. That’s a common sentiment among entrepreneurs. They don’t feel like they’re working. This is their passion. This is what they love doing,” said Stein, who has started up almost a dozen companies. “It’s a very creative process, especially when you’re going into areas where no one’s ever gone, when you’re setting the standards. That’s pretty exciting stuff.”

Stein tried retirement at 32, and said what followed was the worst eight months of his life. He would wake up, have a cup of coffee and go to the airport for what he called a “$1,000 hamburger” — jetting off to another city just for lunch.

But he wasn’t happy. 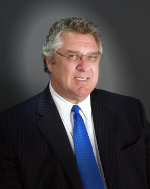 “The happy people in life are the ones striving for something. All entrepreneurial people are striving for something — either to do it better, add innovation, do it differently, to improve something,” he said. “I recognized that reaching a goal has nothing to do with happiness. It’s the journey to the goal and to keep moving forward. The closer you get to your goals, the further you move them out. That’s how you keep growing.”

Entrepreneurs share certain attributes, he said. They have an insatiable hunger for learning, and can visualize success. They view change as an opportunity rather than a hindrance, which is why entrepreneurs are often found in fields such as technology that are constantly changing.

Now 64, Stein is still energized by the creativity, constant change and challenges of starting up and running a business.

He has founded or run a number of companies including Technology Assurance Group, IPx Connect, Glacier Water and Westec Security, and his latest endeavor is a partnership in Voice Smart Networks.

Raised in Illinois, Stein earned a bachelor’s degree in electronic engineering technology from DeVry University in Chicago and certification from Harvard University’s Small Company Management program. He came to San Diego in 1976 and eventually founded Westec Security. He served as the private security company’s CEO from 1984 to 1991, growing annual revenues to more than $30 million. He was also a principal of Inter-Cal Equities, a development firm with more than $120 million in real estate investments, and CEO of telecom company INET.

In 1998, Stein co-founded Technology Assurance Group (TAG), a national association of more than 150 telecommunications companies across the country. TAG teaches best practices to the industry, providing guidance in areas such as sales, hiring, marketing, financial analysis, benchmarking and strategic partnerships.

The timing seemed right to start another venture.

Recognizing that the telecom industry goes through rapid and dramatic changes, Stein began looking for a way to validate TAG’s education programs. Last year he bought a 50 percent stake in Voice Smart Networks, a unified communications service provider that was also a member of TAG. He helped the company expand from its headquarters in Ventura into Los Angeles, Orange County and San Diego.

The partnership allows TAG to test drive its education programs at Voice Smart, and demonstrate to TAG members the real-world application of its teachings.

“We put our business on the line by saying, ‘OK, we’ll go out and do what we’re teaching.’ It’s been pretty successful,” Stein said. “It has brought credibility to our TAG organization.”

Over the course of his experience as an entrepreneur, Stein said little has changed about starting up businesses. The principles of business remain the same. One thing that has changed is the way startup money is raised. Web-based “crowd funding” platforms such as Kickstarter allow projects to be funded by the general public.

“The Internet has definitely changed a lot of the rules, the environment and the playing field. It’s made things a lot more competitive. You really, truly have to differentiate yourself in the marketplace,” he said. “But the same principles still apply. Bring in the best talent you can bring in, and create an environment for people to do what they do best.”