From the conference room to the catwalk

“Fashionable” is not a word Allison Andrews would ever use to describe herself.

Growing up in Huntington Beach, Calif., her friends were a mixed crowd, ranging from athletic types to “goth” kids.

“I was never the ‘it' girl, or that girly-girl that followed every trend,” Andrews said.

“Remember Doc Martens Creepers? That's what I wore in middle school,” she said, reminiscing about the chunky, rugged-sole shoes that were ubiquitous during the early to mid-1990s. “If I were to ever be on ‘Fashion Police,’ that would definitely be my fashion mishap.”

Although she may not have spent her free time during her childhood years learning how to sew or sketching outfits, one thing Andrews always had a keen inclination for was running a business and fostering the raw, emerging talent she discovered in the people she met.

Hailing from a family of entrepreneurs, Andrews was accustomed to seeing people work for themselves. She moved to San Diego to study merchandise marketing and organizational leadership, and shortly afterward founded APA Business Consulting, which specializes in working with startups. 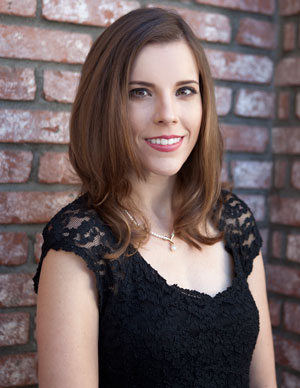 It seemed only natural that her first clients were in retail -- designers, manufacturers and owners of brick-and-mortar boutiques. Andrews taught her clients how to do line sheets, and showed them ways to market their products and cut costs.

Although her clients sold a diverse array of merchandise, they all had the same problem: Getting the foot-traffic in their stores. Several considered buying advertising in hopes of increasing sales. “But the cost of buying an ad in a glossy magazine was one month of rent for them,” she said. “Most of these businesses consist of just the owner and maybe one full-time employee.”

Andrews felt the money would be better spent hosting small-scale events around town to showcase her clients' merchandise. In 2006, she partnered with a few boutiques and displayed their wares in a mini fashion show, and began scheduling them every month. The response was so positive that she quickly found herself running five to six shows.

As her shows gained in popularity, club promoters approached Andrews' clients and offered to include them in events at no cost. As time went on, she could no longer sustain hosting the large number of mini fashion shows.

She shared her thoughts with a friend one afternoon, and the idea to launch a large-scale, high-end annual fashion show surfaced. “It was just one conversation over coffee, then ‘boom!' The idea came,” Andrews said. “At that time, you could not find a fashion show in San Diego that wasn’t linked to a charity event. The city did not have anything like it (Fashion Week), and I really wanted to take this to the next level.”

Having volunteered at Los Angeles Fashion Week, Andrews had a good grasp of the details involved in producing a fashion show, and she already had several connections with buyers. She studied how fashion shows are done in other cities, garnered support from local designers and got the blessing of industry heavyweights to launch the event.

There was, however, the uncertainty of the response a fashion week would receive in San Diego. Would a city that is known for loving low-maintenance and beachy looks embrace couture? And could San Diego pull off a fashion week that would meet big-city standards? Andrews thought so, and feels that San Diegans deserve more credit.

“We are actually masters of business casual,” she said. “People here know how to blend luxury pieces with casual items. There is also a lot of talent here, but there was no way for them (designers) to show their work -- I was not going to go to New York and get the Michael Korses. That's New York, not us.”

In 2008, Fashion Week San Diego debuted at the former On Broadway Event Center downtown, with 14 designers from San Diego and Mexico. After a year and half of planning, Andrews' work had finally come to fruition, and she was looking forward to planning its second installment. Then the Great Recession happened. As fall 2009 came around with no uptick in the economy, Andrews decided not to continue the show.

“How could I do that?” Andrews said. “How could I put on a fashion show when people are losing their homes and can't pay their bills? That would have been so insensitive. I thought it was best to wait.”

After a four-year hiatus, Fashion Week San Diego returns with a private kick-off event at Roppongi Restaurant & Sushi Bar on Oct. 1, culminating in a runway show at the Hard Rock Hotel on Oct. 6.

This year, Fashion Week will feature 13 local designers, with looks ranging from the avant-garde, hand-sewn dresses from Andrew Soriano's Spring 2013 collection, to ready-to-wear pieces from Stacie Mae, swimwear and accessories. Plus-size designs from A’Doreus will also appear on the runway, which is atypical for fashion weeks in other cities to include.

Aside from organizing and promoting Fashion Week San Diego, Andrews is hands-on backstage, as well. Usually at fashion shows, the designer is busy making sure the models look right and orchestrating the order of their appearance down the runway. At Fashion Week San Diego, Andrews leads all the coordinating and planning, so the designers get to sit in the audience and experience seeing the models strut while wearing their creations.

For Andrews, her reward is seeing the designers make a sale at the accompanying trunk shows. “You should see them when someone comes to their booth and buys something that they created. They look about 10 feet taller,” she said. Genuinely wanting her clients to succeed, Andrews hopes every designer, boutique and business she consults will one day outgrow her firm's services. “That, to me, is a success story,” she said.