Parallel 6 has apps for racing, restaurants 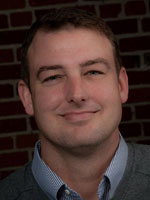 Come race day at the Del Mar Thoroughbred Club, turfside gamblers can place wagers and happily play videos of their horse winning by a nose — all through an app on their smartphones.

It's thanks to the Old Town-based enterprise mobile technology company Parallel 6 that they can click their way through the race.

Del Mar was originally skeptical of the Parallel 6 app developed for them, thinking it might get 4,000 downloads over the July-to-October season last year.

“What we ended up seeing was about 30,000 downloads across 37 race days,” said David Turner, CEO and president of Parallel 6.

The numbers also show that attendees in floppy hats and bow ties crave alternatives to the traditional race-day ways of flipping through programs and staring at the large screen above the track.

Users watched videos more than 88,000 times and looked at programs more than 64,000 times.

“You start doing math on this stuff and you can see the popularity of the mobile app,” Turner said.

Parallel 6 is working on enhancing the app for the upcoming race season by integrating ticketing and making it easier to wager by using fewer clicks.

Parallel 6 is one of the few companies that passed Apple’s iTunes store and Google Play's stringent standards for wagering.

"There's a set of security checks. Location and Wi-Fi connectivity has to be there to ensure someone is on track to wager," Turner said. “That is not easy to do."

Parallel 6 engages specific social media methodologies to drive a company's revenue, which is then tracked and measured through algorithms.

Its platform includes push notifications, gamification such as voting and surveys, localized content management, powerful insights from the mobile consumers and mobile commerce. Any of those features can be turned on or off, depending on the client's needs.

Its customer base runs the gamut. An oil company uses Parallel 6's app to communicate with its investors, while this month’s inaugural VinDiego wine festival boosted awareness and sold tickets through Parallel 6's digital and social media services.

“As much as we wanted to go vertical specific, it just seemed our platform was applicable to multiple verticals,” Turner said. “We were nervous about whether or not it would apply and every instance it has.”

Because it continues to need more room to expand, the company just moved into its fourth headquarters since it started in late 2009. The 50-person team has employees in San Diego, Tijuana and Ukraine, and sales staff are scattered throughout Southern California and Phoenix.

Ukraine is home to the company's first engineering team that built a lot of the analytics. The company has the capability to build Blackberry, iPhone, Android and Microsoft mobile apps.

"It's the Silicon Valley of Mexico," he said.

Between the Tijuana and Ukraine engineering teams, the company has a 24/7 development cycle.

"Having distributed teams working every single hour of the day at this point has helped us stay more competitive in the market," Turner said.

He's open to being acquired whenever the right offer comes along.

“This is not a lifestyle business for us,” he said. “Our ambition is to drive as much revenue and value into this company as quickly as possible, innovating as fast as we can and trying to stay ahead.”

He could picture a large ad agency or marketing agency being a potential buyer.

“Or a Google or a competitor like Urban Airship,” he said.

Parallel 6 has been applauded for uniting many features under one one-stop-shop platform.

“We have the only enterprise mobile platform that looks and feels like this. This is what we are told by very large brands,” he said.

AT&T (NYSE: T), which re-sells its products, is one of those endorsers.

“When you start talking about an IPO and revenues of $50 million and up, we are looking at three to four years out for that,” he said.

The company went to South by Southwest in March, where it showed off one of its latest apps for a restaurant business to tech-hungry attendees.

The app for Chef Brian Malarkey's Enlightened Hospitality Group has augmented reality built into it, with the help of Qualcomm Inc.'s Vuforia technology and Total Communicator Solutions Inc. in San Diego.

The app activates a camera, and when one hovers it over the Searsucker logo, a video pops up playing lounge music, showing off the Gaslamp restaurant’s buzzing scene and dishes.

A future feature for that type of app will be integrating a shopping component. Enlightened is piloting that concept at its San Diego restaurants.

An example of how it would work in a hotel is simple: Users can walk into their hotel room and pull up the brand's mobile app. Hover it over a lamp you like and it will list a description on your phone and a “buy now” button.

“Imagine being able to turn any place into a retail outlet for the brand. That’s beginning right now," Turner said.

No hotel chains are using the mobile feature to purchase items from their phones — yet.

While the technology is there, kinks need to be worked out first, such as figuring out what happens if it breaks down, and how to work out shipping.

“It’s a set of conversations every brand needs to go through, but we are starting to see the first movers, which is great,” Turner said.

The Parallel 6 platform isn't cheap, but that also means Turner can support a few large clients — like top financial firms — with a handful of account managers, as opposed to hundreds of employees keeping many small clients happy.