Most people have heard it before on a television or radio commercial: "Take this pill to shed pounds fast!"

They've seen the before and after pictures, heard the testimonies and been told using a "special system" allows people to eat whatever they want when they want and still lose weight.

The drugs advertised are not usually prescription medications or even guaranteed to work, but their prevalent late-night and weekend morning infomercials show there is a demand for the products.

Obesity affects 64 percent of the United States population, according to a survey from the National Health and Nutrition Examination Survey.

Unlike the "magic" pills advertised, San Diego-based Arena Pharmaceuticals Inc. (Nasdaq: ARNA) is in the process of getting a FDA-approved obesity drug on the market with only one side effect -- something that is causing quite a buzz in the medicinal world. 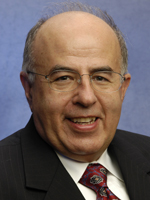 In December, Arena filed the New Drug Application for Locaserin with the FDA.

If all goes smoothly, Arena co-founder Jack Lief said the drug could be available for prescriptions in October this year.

Though Locaserin is Arena's most recognizable drug to date, when Lief and his co-founder Dr. Dominic Behan set out to create Arena in 1997, their goal was not simply to battle obesity.

Rather, Behan's new knowledge about targeting individual receptors in the brain sparked an idea for a new kind of pharmaceutical.

Typically, drugs do not target one single receptor, but end up affecting many of them, Lief said. 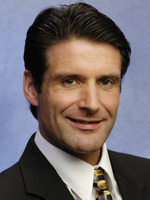 Arena's model, on the other hand, very selectively sends the chemicals to a single receptor, reducing the risks of side effects.

"This is an exciting time for us with Locaserin for us ... but it's very important to remember that Arena is not just a one trick pony," said Behan, who also serves as the senior vice president and chief scientific officer for the company. "The company was founded under the ability to innovate, to discover new drugs for multiple systems of human disease."

In the mid-1990s, Behan was the director of various research programs for Neurocrine Biosciences Inc. (Nasdaq: NBIX), which also is located in San Diego.

At that time, genomics, the study of genomes in organisms, was opening new opportunities for scientists to learn more about particular receptors in the brain.

The idea of creating drugs to target those receptors fascinated Behan, and he and a colleague left Neurocrine to start their own company in 1997.

He met up with Lief and the two began raising funds for their research.

With a small, concentrated team of 10 scientists, Arena started making progress on the technology using serotonin receptors. The company grew from there and began leading to discoveries.

In 2000, the company went public with a major corporate collaboration with Eli Lilly (NYSE: LLY) and was able to focus on disease research and expand therapeutic research.

"Not to take away from our scientists, but we were very lucky when we discovered Locaserin," said Lief. "The receptors were so close to one another that it's very, very difficult to come up with something, a compound, that selected only one receptor and avoids the receptors for the heart and that sort of thing."

Aside from its obesity drug, Arena also has four other drugs in its pipeline dealing with arterial thrombrosis, narcolepsy, pulmonary arterial hypertension and Type 2 diabetes.

Lately, the stock has been on the decline, down to just over $3 a share.

But Lief said he thinks the stock is undervalued, especially with Locaserin just months from coming onto the market.

Currently, there are three FDA-approved diet pills on the market and two other obesity drugs (aside from Locaserin) slated to come onto the market within the next year or so.

Lief said he is not worried about over-saturation of the market, though. When asked what steps Locaserin is doing to put itself at the forefront of obesity medications, he responded simply with "Absolutely nothing."

"It matters nothing to us what the others are doing," Lief said.

Lief and Behan said the market for obesity drugs has been starved up to this point; especially since fenfluramin and phentermine, more commonly known as Fen-Phen, showed to have deadly heart-related side effects in the1990s.

"This is not a race," added Behan. "(Obesity) is such a huge problem. I mean, two-thirds of U.S. adults are overweight or obese. It is probably the single-biggest, well, if it's not the single-biggest, it's very close to being the biggest health care issue of our time.

"It's about bringing new alternatives to the patient so there's room for many players."