By PADMA NAGAPPAN, Special to the Daily Transcript
Thursday, February 25, 2010

Founded in 2007, Fate Therapeutics focuses on modulating adult, rather than embryonic, stem cells and on induced pluripotent stem cells (iPSC). The company derives its name from the fact that it essentially modulates the stem cell's fate.

In November it closed a $30 million Series B round of financing, bringing the total funding to $50 million. Seattle-based OVP Venture Partners led this round; and the trio that led Fate's Series A -- Arch Venture Partners, Venrock and Polaris Venture Partners also participated.

CEO Paul Grayson ensured that the company would be based in San Diego when he joined Fate three years ago. At that time, the three venture groups had already committed to investing in Series A, and the six founding scientists from Boston, San Francisco, Seattle and San Diego had been assembled.

"Paul was instrumental in locating the company here. He has been exceptional in weaving together all the different strands of stem cell science and creating a business plan for new technologies in this field," said John Mendlein, Fate's chairman, who also came on board at around the same time. 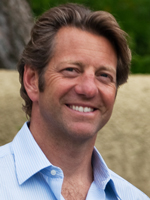 Grayson was with Sanderling Ventures, managing its sixth fund of $420 million focused on early stage life sciences companies, when he had the opportunity to work with the venture capitalists who had committed to Fate.

"I learned a little bit of the story, some of which I had been thinking about even at Sanderling and that was -- how can one take the biology of the stem cells and utilize it for therapeutic benefit without having to grow the cells in a dish?" Grayson said.

He became fascinated with the concept that one could discover and develop the modulators present in our bodies, which would then help develop those stem cells. Three years ago, it was a question of combining the expertise of those six scientists and trying to make it happen.

Grayson's first step was to make sure the nucleus of the company stayed in San Diego. He joked that his second step was to hire Jessica Yingling, Fate's director of corporate communications, who sat in on the conversation. Yingling was at Scripps Research Institute at that time.

"I knew this was an important story to tell and I needed a great storyteller to tell it to all the stakeholders," he said.

Building a team that had the right experience to drive the process forward was another key step. Grayson tapped the network of contacts he had developed over the course of 23 years in the industry.

Some of Fate's 32 employees came from the founding scientists' labs. Others were people Grayson knew, such as the chief technology officer.

The team has concentrated on three core areas of progress for the last three years: the process of proliferation and differentiation of stem cells; industrialization of iPSC, a technology that came out of the labs of two of its scientists, which is the process of taking a fully differentiated cell pipe such as a skin cell and modulating it so it becomes more stem cell like; and the interface between these areas and clinical application.

FT1050, Fate's stem cell modulator, is currently in clinical trials at the Dana Farber Cancer Institute and at Massachusetts General Hospital. It is a small molecule drug therapeutic that modulates stem cells that make up the blood system. It is intended for patients who have undergone chemotherapy for leukemia.

"For cancers like leukemia and lymphoma, chemotherapy does a great job of killing the cancer but it has a negative effect on the stem cells in the blood system. So patients sometimes need a transfer of cells, which can be obtained from bone marrow or umbilical cord," Grayson explained.

"FT1050 is a drug that is used to treat the cells before transplant. We are applying the drug to cells that come from the umbilical cords because cord blood is more easily available for transplants. Time is important to patients who need these procedures."

Mendlein said he is involved with four different biotech companies, and thinks Fate is currently the hottest biotech company in California, maybe even in North America.

"They've been trying for a couple of decades to create modulators for stem cells and it's exciting that they've been able to do that with Paul's leadership," Mendlein said.

Mendlein added that he had known about Fate from the beginning, but that it needed someone with a great business mind to translate high science into business opportunities. Grayson, he said, was one of the few people in the industry who could do that for a company with very complicated technology.

Grayson is a native Californian who grew up mostly in northern California and went to college at UCLA and UCI before settling in the southern part of the state. His first job was with Allergan Pharmaceuticals (NYSE: AGN) in Irvine. He moved to San Diego in the early 1990s because his wife was doing her residency at UCSD, and worked at Gensia Pharmaceuticals as an in-house investment banker focusing on new markets.

"It was a great experience, a great period of time," he recalled.

His next move came about because of contacts he had developed by working at a lab in order to pay his way through UCLA. The lab used dyes to look at the influx of calcium entering the cells and Roger Tsien had developed a dye that could measure the quantity with just the fluorescent changes.

Ten years later, Grayson was looking to move on at the same time that Tsien and his partner Charles Zuker were looking to commercialize all of those fluorescent probe discoveries.

Aurora BioSciences was formed in 1995, and Grayson's job as senior vice president was to help put together a strategy to partner with the pharmaceutical companies that focused on drug discovery.

Over the next three years, the team put together about 20 such deals, which ranged from $10 million to $300 million. When Aurora went public, its founders asked Grayson to help start another company.

"So I left my well-paying job and went with them to start Senomyx. I was the president, CEO and chairman, employee No. 1. We applied knowledge and technology associated with state-of-the-art drug discovery to modulating for taste and smell," he said.

During his four years with Senomyx, deals with Coca-Cola, Kraft, Nestle and Campbell's were among several notable contracts. He then joined Sanderling Ventures as a managing director.

Grayson said the challenges for Fate have been typical for a company in a new scientific area. His vision is to continue to be a leading company at the interface of stem cell science and clinical application; to aggressively pursue new opportunities to apply stem cell modulation; and to continue to understand and implement iPSC.