By PADMA NAGAPPAN, Special to the Daily Transcript
Thursday, February 25, 2010

Five years ago, Bryan Bjorndal was on sitting on a panel at the Center for Commercialization of Advanced Technology (CCAT) reviewing presentations on new technologies when he came across a patented technology that SPAWAR had developed to rapidly assess water toxicity levels.

Typically, water samples sent to labs take seven to eight days to be tested for toxicity, but with this technology, that time can be reduced to just two to three days or less, depending on the contaminant levels.

The organization wanted to find out how to commercialize this technology and which companies to license it to. With his background in marine biology, Bjorndal immediately understood the phenomenon of how the presence of contaminants at harmful levels affected plankton's ability to produce light, called bioluminescence.

"Just like what you see in a firefly, which produces blue-green light, in this case the plankton, which is a unicellular organism, creates bioluminescence," Bjorndal explained. "The Navy discovered that its ability to do this diminished in direct proportion to the contaminant level in the water." 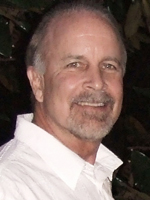 Under the Technology Transfer Act, technology invented in a government-funded lab has to be shared with the public, which is why SPAWAR was at the CCAT event that day.

Bjorndal was in a transitional phase, working as an independent consultant, and he decided to look into commercializing the technology himself. He became the founder and CEO of Assure Controls.

Bjorndal, who grew up in San Francisco and majored in marine biology, began his career at Hewlett-Packard (NYSE: HPQ) in its medical products group. He moved on to work for Puritan Bennett, a Kansas City, Mo.-based company, as the group marketing manager for in-home respiratory products, becoming responsible for $90 million out of its $300 million in revenues.

The company then relocated him to San Diego in the early '90s to work at a biotech startup it had in Carlsbad. He stayed with Puritan Bennett until it merged with NellCor, then transitioned to an entrepreneurial role in 1999 as a co-founder and executive vice president of BioQ, raising $15 million.

He credits his time with HP for giving him outstanding training in all areas of running a company. He applied this training at BioQ, but when investments dried up in 2001, the company ran out of money and he joined Genetronics (AMEX: GEB) as the general manager of one of its divisions, in charge of sorting out its profitability and forming a business plan to sell it.

Through these changes, he continued to volunteer his time and skills as a consultant for Connect, SDSU, UCSD, the Software Industry Council and CCAT, reviewing entrepreneurial teams, coaching and counseling.

He offered to investigate opportunities for the water contaminant detection technology, and after spending six months exploring the market he formed Assure Controls in 2005.

Bjorndal moved quickly, obtaining the commercial rights to the product through the technology transfer office in San Diego within 90 days. For 18 months after that, he labored alone in his home laboratory, experimenting with the process to see if he could grow and produce the plankton.

"I had an idea and business plan in mind about how this had to be very simple to be used on a large scale basis, and if so, it could change how water quality testing was done," he said.

He tapped the expertise of the inventor and his network of contacts and worked on modifying the technology so the end product could fit on a desktop. Typical lab equipment used for the same water toxicity tests fill a whole room.

CCAT gave him a grant that helped cover the expense of product development and feasibility tests and equipment.

Bjorndal spoke about the three risks any entrepreneur faces when starting out -- the technology risk (will it work?), the product and market risk (is there a market, does it solve a problem?) and the management risk (finding the right people who could help).

He knew that simplifying the process would help him succeed in bringing it to market, since the equipment would be portable and affordable, there would be no need for extensive manpower to carry out the tests, and the whole process would be much quicker.

Bjorndal put together a semi-automated product and applied for a new patent.

The Qwiklite 200 Biosensor System is a 10-inch cube that can stand on a desktop and has been in commercial sales for a little over a year now. It can test seawater, fresh water and sediment samples.

It costs $5,500 for the instrument and $50 for the test kit, which includes batches of plankton. Bjorndal explained that he had set it up along HP's model of splitting the printer and the cartridge as separate sales.

Customers will typically recover the cost after a few tests, since sending samples of water to labs can add up, depending on how in-depth the investigation is for a site.

Bjorndal has a staff of less than 10 employees in Carlsbad where the test kit is produced, an instrument supplier in Denver that manufactures the biosensor system and a distributor in Hong Kong.

A Chinese investor became excited about the product and took up the distributorship for Hong Kong and mainland China. However, under the technology transfer agreement, the product must be manufactured in the United States, so it has not been outsourced.

Bjorndal is in conversations with investors and partners and in the last year has seen sales under $1 million. Current customers include environmental consultants and water quality testing groups.

He expects the market for his water quality testing system to expand exponentially. Potential customers could include the U.S. Environmental Protection Agency, which might use it for very large projects. He pointed out that currently, only about 1 percent of our water is tested today; however, his system would make it easier, faster and less expensive.

"Fortunately for us, the Obama administration has been very helpful, since the EPA got funding for increased water testing," Bjorndal said. "So our market just gets bigger every day."