By JILL BLACKFORD, Special to the Daily Transcript
Tuesday, April 13, 2010

Through the inevitable ebb and flow of the markets, BOMA San Diego provides members with resources, legislative impact and connections.

“I joined BOMA in 1996, and networking and education were the two primary things,” said Barbara Puccio, BOMA vice president. “The education they offer includes FMA (Financial Management Administration) and the property administrator (RPA), and I finished those in 1998. Any senior positions want you to have at least an RPA, so in terms of being able to market myself, it’s very helpful.”

Over the past few years, BOMA San Diego has increased its focus on education even more, based in part on the feedback from an advisory board that was formed to address key concerns and interests of industry professionals. Companies such as the Irvine Co., CB Richards Ellis, Cushman & Wakefield, and PM Realty Group were on that board -- and educating young talent was a seminal concern. BOMA’s seminar program was in turn expanded to reach some of the industry’s leaders in law, energy and sustainability, and the organization also launched a new program called the Foundations of Real Estate Management.

This new educational program is taught by service providers and property managers, and gives commercial real estate professionals with less than five years’ experience a chance to engage in the business of property management. Foundations of Real Estate Management, like most BOMA courses, is open not only to BOMA members, but also to others pursuing a career in commercial real estate. 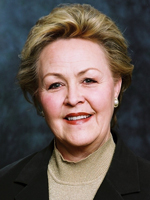 Beyond the professional development offerings, BOMA also creates opportunities for members to connect with and learn from their peers. Networking opportunities take the form of monthly luncheon meetings with leading industry speakers and various charitable and member events, including wine tastings, two annual golf tournaments and community service, such as a past event where members built a play area for children at the downtown YWCA.

“For me, the big thing is being able to network with all of the associates that sponsor us and to help mentor some of the upcoming young people in the organization,” Puccio said. “The more I learn about what’s going on, the better I can share. We’re teaching the next generation, and sometimes young people also have ideas -- so the interaction is not only mentoring them, but also learning new things as well.”

A large part of BOMA’s mission also is to influence public policy by identifying emerging issues to which it should respond, and taking policy positions on government affairs that will benefit the commercial real estate industry. BOMA San Diego’s advocacy program lobbies to promote its views before legislative officials in both San Diego and Sacramento.

“For example, we responded regarding the possible change to Prop. 13, where building owners were to be taxed at a much higher rate than homeowners not realizing the implications that would have then passed down to the tenants, who in turn may not have been able to hire certain people,” Puccio said.

With the challenging economic climate, BOMA San Diego has actually seen membership numbers stay strong, which Puccio attributes to the networking opportunities that she believes are essential to success whether you’re a principal or associate member. The BOMA sponsorship program also had one of its most successful years this past year.

“Looking ahead, I think it will still be slow, but I think that we all feel that things are turning the corner. It’s just going to take time and ramp up slowly. This is my personal perspective, because professionally, I’m not an economist; it’s just a general feeling,” Puccio said. “A lot of that feeling is our group in San Diego -- everybody tries to help everybody out. It’s not going to be as fast as we’d like it, but it’s going to be OK.”

Founded in 1963, BOMA San Diego has seen its share of market ups and downs. With around 300 members, San Diego is one of the most active of BOMA International’s 92 chapters on six continents. Members of BOMA San Diego represent all facets of the industry and include property managers, engineers, facility managers, owners, asset managers and leasing brokers. Combined, they represent more than 25 million square feet of office space in San Diego.

“We are making sure that going forward we’re continuing to offer the best value we can for all of our members, and if we can find out that something needs to be improved, we act on it. We’re also getting our message out, the advocacy message, that certain things need to be changed and that we need people’s help on that,” Puccio said.

“We are reaching out so more people feel included and there’s even more interaction. And some people may not think they’re getting something out of it, but typical of all things, you get what you put in. The more involved you are, the more you get out of it. And I’ve built some wonderful friendships.”