What lenders are saying about the real estate market

In the first quarter of each year, the Mortgage Bankers Association’s members gather at the annual CREF/Multifamily Housing Convention & Expo to share critical strategies. The outlooks expressed at the 2010 convention were mixed with more optimism than pessimism.

Mortgage bankers were reassured that this year will be overall a better year than 2009. Life company lenders were cautious yet optimistic, saying they will be lending en mass. Domestic banks revealed credit standards are easing for commercial real estate loans. The commercial mortgage-backed securities (CMBS) platform was tapped to re-emerge with many new platforms forming. Mortgage REITS and private equity players were stepping in to fill the leverage gap caused by tighter lending standards.

The overall market sentiment has improved, although concerns about weakening commercial real estate fundamentals and looming maturity defaults still remain. The sentiment at the conference was quite a change from the 2009 gathering. While bankers were self-reflective and keen on not repeating past mistakes, there was a strong focus on what the next steps will be to help reignite the real estate market. 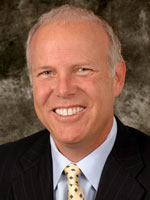 Lenders, led by life companies, are entering the market with double or triple their allocations for new product. However, they are currently restricted to stabilized properties in strong markets. Lenders said the few deals that are hitting the market are seeing fierce competition for financing. They also mentioned quality deals that should be refinanced are being restructured with existing lenders. They feel that once borrowers realize their current lender is not always their best lender, financing volume should increase. Encouragingly, loan rates are now in the 6 percent to low 7 percent range, allowing property buyers to achieve positive leverage and encouraging new trades.

Nearly every participant wanted to see securitization come back; however, a great deal of uncertainty hovers around government regulation and potential accounting changes. Without confidence on future regulation, issuers may be less aggressive in aggregating the loans needed to launch securitizations.

Risk retention requirements of the FDIC are directing future bank-issued structured products to remain on issuer’s balance sheets. The FDIC has requested comments from the market but has issued an outline, which includes a rule requiring the issuer to retain 5 percent or more of the asset pool’s credit risk, which may not be transferred or hedged during the term of the securitization.

The implications of this appear to be negative, as they remove the economic incentives to securitize and, by extension, lead to a smaller securitization market. As the House and Senate continue to debate financial reforms, their changes may require similar risk retention but may also allow the transfer of this risk to third parties.

While participants felt that property fundamentals will remain under pressure through 2010, there was debate as to whether this would translate to property values, which are already down more than 40 percent from their peak. Some felt that investors are recognizing this dislocation, leading to capital inflows that will produce competitive bidding and rising asset prices. Results of the past few months have reaffirmed this growing trend.

The general opinion was that ample amount of both debt and equity capital waiting on the sidelines will serve as a hedge to further weakening in property-level trends. There is a significant increase in the number of lenders and special servicers who are selling performing and non-performing loans.

So far, the increase in risk premium required by lenders has largely been accomplished by the rally in the 10-year Treasury. Many participants worry that a fragile and recovering commercial real estate market could be hurt if the 10-year yield increases -- and this will be based largely on the actions of the Federal Reserve.

The fate of commercial real estate debt scheduled to mature over the next few years has lenders giving borrowers 24-month extensions and longer in order to avoid foreclosure on high-quality, well-located assets. With more than $1.5 trillion worth of commercial real estate loans expected to mature between now and 2013, it’s no surprise that a majority of borrowers are placing significant importance on restructuring those loans.

However, many financial institutions don’t want to hold on to assets and now are coming to terms with the fact that they can no longer “extend and pretend.” They now realize it makes sense to move these assets off their balance sheets to create greater ability to originate loans this year.

Given the volume of maturities the market will face over the next few years, it is apparent there will need to be concrete solutions to address the second- and third-tier loans scheduled to mature. The regulatory and legislative changes currently being discussed will have a profound and long-range effect on the markets and, by extension, will affect the capacity to refinance upcoming commercial real estate loan maturities.

The amount of work that needs to be done to turn around the commercial real estate lending markets is daunting. What remains impressive is the commitment by all participants in the industry to make sure that the market not only returns strongly but in a form that will be here to stay.

Prendergast is a managing director of Jones Lang LaSalle’s San Diego office and is a member of the firm’s Capital Markets - Investment Sales team.