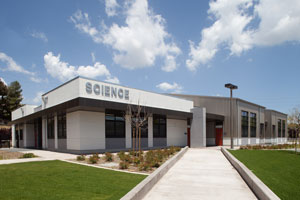 The project’s construction value was $5.7 million and was part of the $274 million Proposition H bond passed by 62 percent of voters in 2004. The project team includes Scott Wilkins, facilities planner with GUHSD; James Maletic as the inspector of record for GUHSD; C.W. Driver as the lease-lease back entity, Harley Ellis Devereaux as the architect as well as the mechanical, plumbing and electrical engineers; Wisemen+Rohy Structural Engineers, Snipes-Dye Civil Engineers and Gafcon as the bond program manager.

A ribbon-cutting ceremony to officially open the new facility is planned for the start of the new school year in the fall.