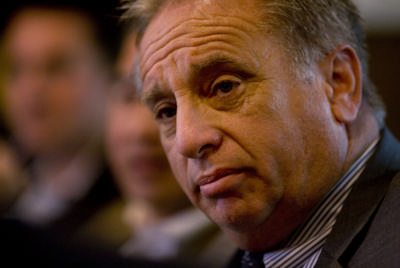 Small businesses make up the majority of San Diego County’s economy, and that economy is showing signs of life, according to some small business owners. Customers are returning and the worst of the recession seems to have passed.

The trouble remains with larger forces that are out of small business owners’ hands, but which still control much of their fate. At a recent Daily Transcript executive roundtable, small business owners said that banks, regulations and impending health care changes are all making for an uncertain environment. Even as their day-to-day dealings return to something like normalcy, other factors are making for an uneasy environment.

“There are quite a few companies that are trying to dig out of the problems they’ve had in the last year and so they’re finding a challenge to qualify for lines of credit,” said Dan Yates, president and chief executive of Regents Bank. “There’s sort of a sticking point between getting the capital to grow the business and being qualified to get that capital.”

Yates said much of San Diego’s economy is tied to real estate, so banks have a “glut” of real estate on their balance sheets right now. This means they can’t take on many new loans until they dump their old ones, and therefore can’t lend to even deserving businesses.

“I do see some rays of hope, some encouraging signs. It’s very industry specific, it’s not broad based,” Yates continued. “I would say construction and land development, those areas are still fairly slow. Medical devices and other sectors are doing much better, for example. But it really is a case by case situation.”

One representative from the medical device sector, Peter Wulff, chief financial officer, vice president and treasurer of Alphatec Spine in Carlsbad, said that while banks might be more willing to lend to them, they are really more dependent on Wall Street, which hasn’t been easy lately. Any bullishness investors were feeling lately was largely dashed by the May 6 crash, when the Dow Jones industrial average rapidly fell nearly 1,000 points. The market mostly recovered that day, but investors were left skittish.

Wulff said he knows it’s bad “when they start asking me how volcanoes affect my business. And I got literally called on that on an earnings call.”

The small business owners gathered for the roundtable, hosted by Strategic Development Worldwide, said they still need some details on the health care plan. Lambert Hsu, vice president of employee benefits for Benefit Pro Insurance Services Inc., said that the new law requiring insurance carriers to keep children on policies until they’re 26, which has already gone into effect, will likely make premiums go up. He said there would also be changes in what can be construed as a deductible expense in a flexible spending account. This matters because it could affect pre-tax savings that Hsu said companies would need if deductibles are going up.

Other costs could go up as well, but it’s not clear which ones. By 2014, the more stringent laws requiring people to have insurance and employers to provide it or pay a fine will be in effect, and Hsu said most people want to know exactly what it’ll cost.

Chalea Pierce, managing partner of the staffing company Financial Additions, said she’s concerned about having to pay insurance or risk fines for consultants.

“This is further down the road; we don’t know what it’s going to look like,” said Hsu.

Another unknown that small business owners said creates uncertainty, at a time when they could really use some stability, are regulations. California is notorious among business owners for being one of the more heavily regulated states, and there are potential federal regulations that they’re watching as well.

One is the Employee Free Choice Act (EFCA), currently under consideration in Congress, which would make it easier for workers to form unions. Under the bill, if a majority of workers signed cards asking for a union, the government would have to sign it, as opposed to the current method where a private-ballot, federally supervised election is held. Once put in place, a union and business would have 120 days to reach a collective bargaining agreement before government mediators stepped in.

Proponents say this gives more power to workers. Opponents say it doesn’t give the business enough time to convince its workers not to unionize and possibly provide incentives not to. Small businesses in particular are against it, but the owners at the roundtable said the uncertainty is the worst part.

In California, existing regulations like overtime laws and minimum wage for even tipped employees like waiters are a problem for small businesses. It’s not just the cost, they said, but the inflexibility it creates.

“I’d rather allocate (funds) to the back of the house, people that aren’t receiving those tips,” said Mike Morton Jr., owner of the Brigantine Restaurants. “Pay a dishwasher 15 bucks an hour rather than 9 bucks to start and spread it around a little more.”

Paul said that a lot of California’s current laws go back to the Great Depression. Overtime, for example, was purposefully made difficult specifically so companies would hire new employees for second shifts rather than keeping the same people on longer.

“The regulations have been substantially unaltered, with a few minor exceptions, since 1937,” Paul said. “The economy is so different, worker needs are so different, Congress is so inaccessible, and the effort to change those regulations is so politicized, that they sit there.”

All the small business owners said they wish they had more access to regulators, either through trade groups or just direct contact with Congressional representatives. Morgan said that the National Restaurant Association has had some success, because it is a large, well-managed group. He recommended joining more large national associations rather than local groups that have trouble getting heard.

Despite all the challenges facing small businesses now, though, most owners said they were seeing -- if not an increase in business -- at least a leveling off. Diners are coming back to the Brigantine, Pierce’s clients at Financial Additions are starting to get more and better job offers, Alphatec Spine is seeing more orders.