By JILL BLACKFORD, Special to the Daily Transcript
Tuesday, August 10, 2010

When hiring in San Diego began grinding to a halt in 2008, staffing firm Proven Inc. was just wrapping up its first year in business.

“I mark 2008 as the start of the downturn, and then ’09, really for us that summer was the bottom. There was absolutely nothing going on,” says Louis Song, Proven Inc.’s managing partner and CEO. “I’d call Realtors and other people in different industries to get a read on their perspective, and the best quote I heard was, ‘It’s crickets over here. All I hear is crickets.’ We were concerned that it would last awhile, but temp hiring started back up in September of ‘09, and we saw direct hire staffing pick up in March of this year. And actually, we’ve just had consecutively our best three months in a row since the inception of the company. So we think good things are happening.”

Song believes Proven Inc. is positioned to move quickly should a double-dip recession materialize -- both because of its smaller size and because it is debt-free. The business has grown from $368,000 in sales in 2007 to $3.4 million in 2009. While competing with big players like Robert Half and Kforce, where Song was formerly a managing director, Proven Inc. strives to differentiate itself by providing a one-stop-shop approach.

“We are one of few staffing firms locally that can, say, go to a smaller biotech company and provide IT, finance, accounting as well as life science professionals,” says Song. “We have people specialized that do each of those things, so that companies don’t have to go to several different firms and work with two, or possibly three or four, account managers. We are trying to be client-centric and have one person be the point of contact for our clients.” 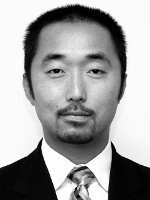 It’s this diversity across multiple industries that has helped Proven Inc. weather the recession as well -- and, Song believes, will bring the firm continued sustained growth. Proven Inc.’s business began as 50 percent finance and accounting and 50 percent IT. When those sectors lagged in 2008, Proven Inc. started its life science staffing, now at 50 percent. The other area that’s growing is government, which is one of the reasons Proven Inc. opened its second office in Washington, D.C., last month.

“One of the biggest reasons we opened the office in D.C. is because we wanted to balance our business in San Diego,” Song says. “I think looking into the future, the government is still by far the largest buyer of goods and services in the world. And D.C. has the lowest unemployment of any major metropolitan area in the country. Because it has the federal government, life sciences, tourism and media, D.C. gives us industry and geographic diversification as a business.”

Right now Proven Inc. works as a partner with government contractors to help them fill positions when they get a bid, currently close to 25 percent of Proven’s business. For the upcoming Gold Coast NDIA conference, Proven Inc. is putting together the show’s program booklet for the second consecutive year and will have a booth there.

“We’ve basically been involved with Gold Coast since the beginning, even before we officially started as a company,” Song says. “We’d like to continue to get involved more, and that depends on our capability to grow. The better off we do, the more we can support Gold Coast and the more we can be involved. It hinges on how well we do as a business.”

Song also notes that obtaining an 8(a) certification for being a minority-owned business will be valuable in securing government subcontracting projects.

“We are in the process of getting certified as an 8(a), minority-owned firm. For larger contractors who have to make sure that a certain percent of their subcontracting is given to companies including minority-, veteran-, Alaskan native, women-owned, 8(a) certification will give us a license to go after that business. There’s no real reason to do business with us from a staffing standpoint without that, so we’re hopeful it will help us get our foot in the door as a subcontractor to larger contractors.”

With its current 21 employees and being on pace to do about $5.5 million in sales in 2010, Song highlights the important role his own staff plays.

“I want to note the result of all the hard work of the people here,” Song says. “The thing Ingram (Losner, managing partner and chief financial officer) and I are good at is putting together a team of good people and giving them the environment to work in that helps them be successful. It’s not because we have some scheme of conquering the world -- it’s that we have great people who know what to do, and do the business.”