By JILL ESTERBROOKS, Special to the Daily Transcript
Thursday, August 26, 2010

Michael Wall seems hard-wired for his job as an electrical engineer.

The “career light” came on early for the owner of Michael Wall Engineering Inc., a San Diego-based company that provides pre-design consulting and planning, construction documents and management services as well as specialty lighting design.

While many of his contemporaries in the late ‘70s and early ‘80s were pursuing careers in the new field of computer science engineering, he graduated from the University of California, Irvine with a degree in electrical engineering and then followed his father’s footsteps into the family business.

Three decades later, he said there’s still a dearth of electrical engineers because younger generations of engineers have instead been gravitating toward dot-com and high-tech careers.

That’s why he’s been heavily involved with ACE San Diego, a mentoring program that gives high school students an inside look at architecture, construction and engineering.

“It’s very encouraging to see more smart and ambitious young people interested in the field and very rewarding to be able to help give them a boost by offering scholarships,” said Wall, who credits his own dad for providing much needed guidance and support.

He credits the elder Wall for instilling many of the business practices and philosophies that he employs at his 21-person firm. 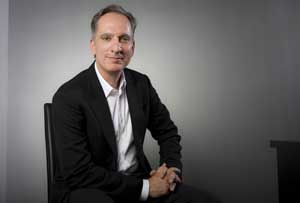 “He wisely told me to trust my gut and always follow the truth,” said Wall, whose brother also owns an engineering firm.

Another piece of fatherly advice that he heeds is surrounding himself with great people and rewarding them handsomely for their talents, loyalty and hard work. “The firm wouldn’t survive without a team that shares a passion and drive to succeed,” he said.

Wall also learned about the ups and downs of business cycles from the many years working alongside his dad. “Everyone is good at running a business during an upside. The real test comes when you have to manage the downside,” he said.

Unlike other construction-related companies that have been hammered by the struggling economy for better part of last three or four years, Wall said his firm didn’t see much of a slowdown until mid-2009.

“We’re still busy,” he said. “But now almost every project out there is a competition, so we’re constantly seeking out opportunities and participating in as many as possible.”

According to Wall, most bid requests in today’s market call for design/bid, a process where architects, engineers and other consultants team up with construction contractors to compete against other teams to work on a job from design to cleanup.

“The design/bid process has forever changed our business model,” he said, noting the importance of professional networking to find such projects and cooperative teamwork in bidding for multimillion-dollar contracts.

It puts a huge crunch on work schedules and bank accounts of engineering firms and the other subcontractors who compete -- often requiring an investment of tens -- if not hundreds -- of thousands of dollars, mostly in labor, to meet requirements in a bid request.

“That’s OK for the ones chosen,” Wall said. “But it can be a huge drain of time and money for those not selected.”

His firm often is on the winning side, recently having been awarded projects such as the 440,000-square-foot Sony North American Corporate Headquarters, 175,000-square-foot Thomas Jefferson School of Law, Student Services Center at Mesa College and the In-Service Engineering Facility at China Lake Naval Air Weapons Station.

“Most don’t really understand the pluses and minuses so it’s important that we’re able to consult intelligently on these and other emerging trends and technologies,” he said.

In addition to this sweeping change in the delivery method from when he first entered the business some 30 years ago, Wall has also seen a shift in project types away from corporate and commercial to more government and institutional.

To stay on top of the new game, Wall said it’s no longer possible for most electrical engineering firms to specialize in just one market or operate in a limited geographic region.

“What’s carried us in recent years is diversity and geography,” said Wall, who also maintains a small office in Irvine to service new and existing clients in Orange and Los Angeles counties.

Luckily, he said his company was “ahead of the curve by seven or eight years” as the bulk of current project work has dramatically swung from the private to the public sector.

“We’ve already tapped into stronger areas such as institutional and military,” he said, noting recent contracts with the Navy, Marines, California State University at San Marcos and the city of Vista.

“But if you haven’t been diversifying into these market segments over the last few years, it is going to be really hard to get in now because of all the competition,” he warned.

The forward-thinking firm also has overcome construction slowdown in Southern California by securing project work throughout California and in 23 other states.

“In a down economy, you are fighting for every job,” he said. “It’s different from when work was practically falling out of the trees.”

It’s also hard to remain overly optimistic or set aggressive business goals in a down market -- though he predicts, “in the near future, smarter money will start circulating in the marketplace and a slow and steady recovery will begin.

“We remain very hopeful, watching the markets and trying to keep our eyes and ears open to all opportunities,” said the Del Mar resident and trustee at La Jolla Country Day. Wall has chaired the building and grounds committee and been involved in ongoing construction projects totaling $46 million at the private school campus where his 17-year-old son will soon start his senior year.

Wall said he wouldn’t be completely shocked to see his son pursue engineering and someday take the helm of his own firm, but “that’s a career and business decision he’ll have to come to on his own terms.”