By PADMA NAGAPPAN, Special to The Daily Transcript
Thursday, October 21, 2010

Venkat Shastri’s first job in 1988 was with NASA, at its jet propulsion lab, where he got to work on the navigation of the Pathfinder that was used to explore Mars. His next gig was as a research scientist at Yale University, where he helped develop the robotics laboratory.

He then moved to the Stanford Research Institute, where he worked with a team that focused partly on artificial muscle development with biotech companies and partly on robotics for the Department of Defense, eventually building the world’s first non-tethered six-legged insect complete with artificial muscles, brain and battery on board.

When he got tired of research, he switched to what he called his first hardcore job in the business, becoming the senior director of engineering at KLA-Tencor (Nasdaq: KLAC), exactly when the semi-conductor industry was going through a transition and automation began to boom.

Several gigs later, he is now the president and CEO of PCN Technology, which designs, develops and commercializes embedded systems that tap existing grid infrastructure for data communication, analysis, control and networking. The company closed a Series A round of venture financing led by Enertech Capital, to the tune of $8 million in late 2008.

It is no coincidence that he came on board in 2006, just as the term “smart grid” became a catch phrase.

“I get in on it early, but I don’t stick with it; that’s probably why I’ve had the gigs I’ve had,” Shastri laughed. “I’ve had two predominant threads in my career. Every five to seven years, I get a bug to move on to something new, which is why I did not settle into an academic career. 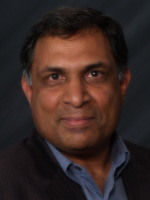 “Second, I have a knack for looking at disruptive technology.”

Originally from the southern Indian city of Chennai, Shastri moved to its capital, New Delhi, in the 1970s for college, majoring in mechanical engineering.

He wanted to come to the United States because he was enamored with the space station work going on at Princeton, but he said that university was beyond his reach. He ended up at the University of Massachusetts, Amherst in 1981.

His master’s thesis was on the use of solar cells as a commercial supplement to the grid. He realized that while the topic was great, he could not remain in the field, because back then, the efficiency of the solar cell was less than 20 percent; it was a long way from being commercialized.

He had a job offer lined up in the fuel cell division at United Technologies (NYSE: UTX), but then decided he was not ready to leave Amherst, so he sought out a robotics professor’s help. Within a week, the professor had lined up an assistantship for him so he could continue at Amherst.

He began work on his robotics Ph.D. thesis, which he eventually wrapped in 1988 before moving on to the first of a series of jobs that placed him at the right place at the right time, just as each field was beginning to take off.

When asked how he has landed all the high-profile positions, Shastri attributed it to “complete, dumb luck,” while acknowledging that he had developed an aptitude for sniffing out the next big thing.

After KLA-Tencor, he was recruited by Palomar Technologies, which designs and develops automated, high-precision assembly systems. Two years later, he took some time off and was doing some consulting when he was approached by a PCN investor.

“When our paths intersected, Albert Martinez told me I needed to get on board at PCN and that my background would fit in very well with where the company was going,” Shastri said.

Since then, the company has evolved. When it was founded in 2004, it started out as an automation company for power communications. Now Shastri said it is involved in cleantech, and will soon be in security and local area network (LAN) enterprise applications.

PCN has 14 employees and does the design and prototyping in-house. Before the Series A round, the company was virtual. It then decided to bring everyone together in San Diego, where it has a lab that simulates every kind of power system.

Today the company develops system applications for use in smart grids, which do not need additional wires or software to provide data communication. This is a potential boon for cash-strapped utilities with legacy systems.

The company can use existing grid infrastructure, platforms and protocol and only needs a conductive medium to communicate, which it can do even when the grid is down. Its products are what it calls protocol agnostic and can bridge multiple platforms. It is in talks with several utilities, including SDG&E, about the potential for this application.

“Our focus is on distribution management, to embed our product in the distribution grid, in order to help manage the load of the grid and the outage. We could actually predict outages even,” Shastri pointed out.

The technology also has energy efficiency applications, which PCN plans to focus on next. Its customers in the oil and gas, industrial, commercial, defense and energy industries will be able to tap existing installed wiring used for SCADA (Supervisory control and data acquisition for industrial control systems) applications and repurpose those for TCP/IP networks without needing to run expensive CAT 5 wiring.

“For any lighting company, if we can give them advanced control at the switch itself, then we give them more efficiency,” Shastri said, referring to industrial lighting.

He also highlighted another project in the energy efficiency area: circuit breaker boxes. He said PCN can embed demand-response systems in the box itself, so that its product can convert the electrical wires into a data communications network. The company is in the process of testing this with several big name customers.

Building automation is another cost efficient application that PCN has its eye on for the future. It plans to enable commercial building owners to avoid costly retrofits for energy efficiency, by reusing and repurposing existing wires.

Shastri said he expects security to be a big market in the future. PCN will focus on this in 2012, when he thinks the time will be right. “It’s on our road map for then.”

As an example, Shastri said in a large building with motion sensors, PCN could use the same wires to patch in surveillance cameras.

“Think of the advantage for office complex owners who can upgrade their security systems with out tearing down walls,” he said.

Shastri is described by company executives as an open, extremely energetic and creative leader, whose role is strategic.

As for his pattern of moving on every few years, Shastri said, “I think I’ve found a cure for my seven-year itch.”