By JILL BLACKFORD, Special to The Daily Transcript
Thursday, October 21, 2010

Running a successful restaurant is known to be one of the most challenging business ventures -- in any economy. And local restaurateur Jay Porter adds another element to the mix: He’s committed to a solely local, organic and ingredient-driven menu.

“I wanted to get ingredients to feed my neighbors and friends. Pretty quickly that became kind of our mission -- to try to create a great community space and also create a place with good food and ingredients that the community could share,” Porter said. “It was really more about, hey, if we’re going to be in business, it’s got to be what I really believe in, want to eat and want to share with friends. That provided us with a mission bigger than just operating a restaurant.”

In 2005, Porter opened this first ingredient-driven restaurant, The Linkery, as a way to not only serve unique food but to also help revive his North Park neighborhood. He envisioned the potential of the 30th Street corridor to become what he calls “a vibrant urban neighborhood like Sydney or Chicago.” Since then the neighborhood has in fact flourished, and The Linkery has been named one of the 100 best farm-to-table restaurants in America by Gourmet magazine.

The Linkery’s menu items are sourced from small local farms or small-press wineries, and craft beer is served. Meats are “natural,” such as grass-fed beef raised in pasture and butchered in-house. And The Linkery’s main menu star? Sausage -- also linked in-house, of course.

North Park Meat Co. has now opened as well and is attached to The Linkery, selling around a handful of meat products at any one time, ranging from country and city ham to goat prosciutto or whole smoked fish. And Porter’s second restaurant, El Take It Easy, just opened at the end of June, serving the same farm-to-table cuisine in more low-key small plates. Yet despite the accolades, a loyal following and the recent expansion, Porter has felt the challenges of the market downturn. 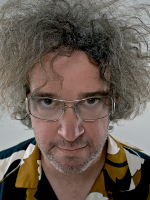 “I don’t think you can talk to a small business person and find they weren’t affected,” Porter said. “We really felt it the last couple of years. When the economy turned, we had just been on the cusp of starting to make the numbers work for our business. Then the last two years I’ve spent a lot of my time figuring out how to do this thing we love and think is important -- and still achieve financial stability. Really, that’s been a full-time job.”

Porter’s perspective on profit might be dubbed an ambivalent one. He knows that a business needs to have a certain amount of profit to survive and to pay for the capital it uses, and yet Porter doesn’t want it to be the primary focus.

“Maximizing profit is not a worthwhile goal for anyone. It’s a silly way to live,” he said. “We are really committed to running a financially responsible business, but we want to have the success of our business measured in how well we serve the community and how we help transform the community in a positive way. Profit is to business like air is to humans: You need it to exist, but more air doesn’t make you happier after that point. The purpose is to do something of more significance than just breathe more.”

While Porter reported that his restaurants haven’t yet made a profit to justify the capital, he feels they’re getting closer to seeing a reasonable return on investment -- and getting pricing right is a key factor. Right now, Porter said he’s still working out the pricing sweet spot. His ingredient costs are higher due to his sourcing, such as around $5 for a dozen eggs from local farmers versus a fourth of that for factory eggs. This cost, of course, has to be passed on in part to the customer.

“Even factory organic isn’t as good for you and not as delicious as something by a farmer in the neighborhood. But the price on the menu for good stuff is higher than what people are used to seeing -- and very few people yet are prepared to pay a premium for real food,” said Porter. “It’s a constant education process. I try to keep prices in the range of what people can afford, even though our ingredient costs are way higher.”

Despite the challenges, Porter remains passionate that it’s ultimately worth it to pay a premium for certain foods, for his business and for society as a whole. He believes we are seeing broad repercussions from consumers largely keeping their focus on low-priced versus locally sourced goods.

“If we decide that we favor factory farms, then we’ll live with disease outbreaks, environmental degradation, nuisances and workers that are not treated well,” he said. “We really don’t want to pay $13 for eggs, bacon and bread when we go to breakfast; we want to pay $5. That’s something that’s going to have to come from our own consciousness if we want to change.”

Another unconventional restaurant approach Porter has chosen is a no-tip policy. Instead, there is a built-in 18 percent service charge. Three-fourths of this is distributed to front-of-house staff on an hours-worked basis, and the remainder is divided among the kitchen and stewards. Any money a diner leaves above the service charge is donated to charity. The philosophy is one of equality and, as Porter sees it, good business.

“Like any industry, it’s perfectly normal to set the amount you’re going to charge and then not have to think about it to achieve great things,” said Porter. “Our policy of eliminating tipping and replacing it with a service charge is just like every other industry: We do our best work and charge for what we do, which is obviously the best model for doing good work. If not, then you’d have high-tech companies using tipping as the principal source of revenue. To me, it seems painting the obvious.”

True to his business mission, Porter’s goals looking forward stem from his commitment to good food and to his community.

“For the last six years we’ve had the same goal: for The Linkery to be the best neighborhood restaurant in America,” he says. “We’re not there yet. But we’re closer than we’ve ever been. People who know us know we’re going to get there. Or die trying.”