By JENNIFER McENTEE, Special to The Daily Transcript
Thursday, December 9, 2010

Cost. It’s the biggest catalyst for innovation in health care today, according to one local expert.

“For many years we innovated around what we couldn’t treat. Now we’re innovating around costs that we simply can’t bear,” said Dr. Joseph Smith, chief medical and science officer for the West Wireless Health Institute.

“There’s a sea change. It can’t just be about a cool technology. It has to be good for the economics of health care delivery.”

The West Wireless Health Institute, with a staff of 55 at its La Jolla building, is a nonprofit that’s working to lower health care costs by fostering the convergence of medicine and wireless technology. The institute’s ideology is that health care would be more cost-efficient if wireless technologies were used to prevent, diagnose, monitor and manage treatment for health problems. Wearable sensors could track your vitals and transmit it back to your doctor. A smart pill could monitor the dosage of your prescriptions.

“We have a health care system built for taking care of you when you’re at your sickest. It’s like having AAA, yet we don’t yet have the collision avoidance system to let you know when your tires are low or you need oil or gas,” said Smith. “This is the great promise of actionable diagnostics.” 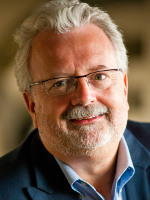 Smith offers as example the potential for a device that would monitor someone who’s had breast cancer. “You have a green light glowing by your alarm clock that tells you everything is in check. Or maybe the light is a different color, so you know maybe something is going on. Instead of waiting for your annual exam, or at six-week intervals, you have that continuous monitoring to track chronic conditions.”

Mobile health, also called m-health or mHealth, is a rapidly emerging field. The Foundation for the National Institutes of Health’s mHealth Summit held in Washington, D.C., in early November attracted 2,400 registered attendees and keynote addresses by big names including Microsoft (Nasdaq: MSFT) founder Bill Gates, the White House’s first Chief Technology Officer Aneesh Chopra, and United Nations Foundation Board Chairman Ted Turner. The annual market for mHealth has been projected to be $1.7 billion by the end of 2014.

The West Wireless Health Institute’s first engineering prototype was announced in November: a noninvasive wireless device for fetal and maternal monitoring in expectant women. Called Sense4Baby, the device has the potential to reduce the burden of care and maternal death in high-risk pregnancies anywhere cellular or Internet service exists, according to institute officials.

“We’re taking what is routinely available in the OB office and making it wirelessly available,” Smith said. “It’s a way to avoid what is not necessary, like putting a pregnant woman on a bus to get to a doctor’s appointment.”

Sense4Baby is still being tested for feasibility, so isn’t yet commercially available. Once it is ready for the market, West Wireless Health Institute will likely spin out the product for commercialization, Smith said.

The West Wireless Health Institute was founded in March of last year by the Gary and Mary West Foundation with a nearly $100 million investment. The Wests recruited Smith from Johnson & Johnson (NYSE: JNJ), where he was vice president of emerging technologies. Smith said his varied background -- he’s worked in industry, the lab and academia, and holds a master’s degree, a Ph.D. and an M.D. from MIT and Harvard -- make him a “pretty good translator” when working with innovators and regulatory agencies in medicine, telecommunications, wireless technology and medical devices.

“I believe it’s emblematic of where our health care system is, that the path forward is in innovation,” said Smith. “I don’t know of a more important thing I could do right now with my skills.”

Smith said the local institute is most focused on five areas of health care: obstetrics, congestive heart disease, chronic kidney disease, asthma and sleep disorders, particularly sleep apnea. “We have to focus on places where can make a material difference in health care,” he explained.

Chronic conditions are an obvious application for wireless technologies, because of the need for ongoing diagnostics.

“We have enough bandwidth for me to download cartoons to my smart phone for my kids,” Smith said. “Entertainment is valuable, but chronic disease seems like a more worthy pursuit.”

The San Diego region has a great concentration of both medical institutions and wireless companies, said Smith, so the locale is ideal for West Wireless Institute’s efforts to bring together innovators.

“We do a bit of matchmaking and speed dating,” Smith said, noting that he’s probably met with 300 companies since the beginning of the year. “This is where people with different skill sets collide.”

Innovators are increasingly crowdsourcing their collective wisdom to address problems in the health care system, he said.

“There are many ways of solving many of these issues,” Smith said.

“Health care is not so complicated that people can’t understand it,” he said. “To the extent that cars are complicated, yet people feel comfortable looking up information on Consumer Reports. If you can get information about your car, your house, your microwave, there’s the notion of having that experience roll over. Technology isn’t by itself a solution.”