Traditional financial investing has a blind spot to certain elements of a company’s long-term outlook, according to Jan Schalkwijk, founder of JPS Global Investments.

By taking a more complete view of a company, he’s able to gain insights into its future performance, an investment strategy he uses not only to maximize returns, but also to align his investment behavior with his social consciousness.

And there’s certainly no conflict between the two, Schalkwijk said.

Specifically, Schalkwijk specializes in green investing, a category of SRI. As an investment adviser, he said it’s about opportunities, not values.

“When a prospect comes to me, there’s nothing I can add to their values,” he said. “They’ve lived their life, we all have our values. But even in traditional industries, I can find those companies that have a lower environmental impact, and in the future, that makes them a better investment.” 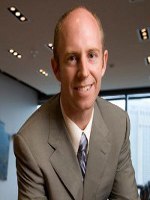 The Domini 400 Social Index is essentially an SRI version of the S&P 500. Launched in 1990, it’s an index of 400 large-cap U.S. corporations selected for meeting a range of social and environmental standards. Since then, it’s outperformed the broader market.

By at least one measure, SRI has made its point. The traditional investment house Neuberger Berman has its own SRI team, for instance, and Goldman Sachs (NYSE: GS) recently issued to its clients a report, “Global Energy: Sustainable Investing in the Energy Sector,” touting the potential opportunity posed by using a company’s sustainability as an investment metric.

The fact that mainstream investors are recognizing certain SRI principles suggests its competitiveness as an investment practice, according to Schalkwijk.

“The opportunity makes sense, and investors identifying that there’s risk in not factoring environmental impact into investment decisions makes sense,” he said.

Schalkwijk himself came from the traditional investing world. A motivated entrepreneur, he looked to start a business in a field about which he could be passionate. Efficient and renewable energy were particularly interesting to him.

“The challenge of the 21st century is dealing with non-renewable resources and how to remain prosperous, and I wanted to be a part of it,” he said.

Living in Florida, he felt the conversation surrounding green industry there hadn’t progressed very far. He wanted to relocate somewhere that had established the dialogue, but where he could still play a role in shaping its future.

Selecting between San Diego and the Bay Area, he had a connection to Southern California, where his father had been a professor at UCSD. The Bay Area’s green sector was a bit more developed, but he recognized the support behind algae fuel development in San Diego, and its potential for solar power, due to the size of the city and its proximity to resources.

He relocated in 2006 and opened for business early the next year.

Basic SRI, Schalkwijk said, can be tailored to an individual investor to produce suitable returns that correspond with his or her particular values. Green investing comes not only from a values standpoint, but from basic investment opportunities.

“Investors will come to me out of personal conviction, but also for new and emerging opportunities in different sectors,” he said.

Today’s market is challenging for a green investor, Schalkwijk said. While rising oil prices are good for his sector in the long-term, volatility and uncertainty aren’t any investor’s friends in the short-term.

Still, where there’s volatility, there’s opportunity. He can currently get investors into sustainable energy companies at an attractive price point.

Unsurprisingly, not all green stocks have equal risk. He can diversify a portfolio with high-octane investments like solar, wind and geothermal along with defensive stocks like pollution control, waste management, water and recycling.

“The longer trend is being more efficient with resources,” he said.

Additionally, the world of finance is evolving in a way that stands to benefit JPS. It’s becoming increasingly difficult for companies to externalize costs, and has been for some time. Consumers, investors and society at large are becoming increasingly aware of the effect that large companies have on their surrounding environment, a progression that took a leap forward in the 1960s, but continues today.

“As more people are empowered by information, it’ll be harder to have a business model that externalizes costs on society and the environment,” Schalkwijk said.