Cyber security is increasing priority for both private, public sectors

By JILL BLACKFORD, Special to The Daily Transcript
Tuesday, March 22, 2011

The growing number of attacks on our cyber networks has become, in President Barack Obama's words, “one of the most serious economic and national security threats our nation faces.” James Loiselle, senior executive for the Space and Communications Systems Group within Accenture National Security Services, agrees.

“Cyber security is a very big topic today. As we go forward, we recognize the next major conflicts may not take place only on the battlefield, but may take place in cyberspace. People are very concerned about cyber security and the fact that systems may be hacked into or shut down completely,” said Loiselle, who is also president of the Armed Forces Communications and Electronics Association (AFCEA), San Diego chapter.

For both the public and private sectors, the strategy for maintaining cyber security is the same: employ both offensive and defensive tactics. Accenture’s (NYSE: ACN) approach involves coming up with a set of requirements, building systems in line with those, and then evaluating and testing the systems to see how well they stand up against actual attempts to break in.

“Numerous types of threats are out there,” Loiselle said. “We identify threats by studies and evaluations that look at a system and determine what the weaknesses may be. Plus, there are actual and real threats coming in every day where people try to break into systems to steal information and data. We try to come up with counter measures to make the system better, because every day -- a thousand times per day -- people are trying to break into other government offices and other corporate offices to steal information.” 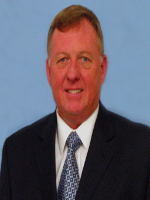 In Accenture’s San Diego office, there are two major initiatives: multi-level security and Navy communications support. Multi-level security is closely linked with cyber security. It involves both ensuring that data is released only to people who have the correct and proper security clearance, as well as Information Assurance (IA), the practice of managing risks related to the use and storage of data to ensure that systems are secure and data remains unexposed. Accenture has software systems installed in intelligence centers around the world and in many U.S. Navy ships in order to protect data from being released to unauthorized people.

“Some of the things we do consist of a whole-system engineering process, such as looking at and understanding requirements, making sure they are translated into the proper proposals, and in turn ensuring that those requirements are met through the testing process. We do engineering analysis on satellite systems to ground to terminals to make sure there are no weak links or threats,” said Loiselle. “We also make sure to do the appropriate amount of testing to certify systems and do upgrades to them as they go through the lifecycle.”

Loiselle emphasized the difficulty in keeping both these system upgrades as well as the testing itself up-to-date, as those trying to break in past the barriers are trying to work just as fast.

“We develop checklists, but as you come up with counter defenses, people are always trying to find a way around the solution you just created, so cyber security is extremely dynamic,” he said.

Loiselle is also a former U.S. Navy captain, and he became involved with AFCEA for its networking opportunities linking government and the private sector. He now heads up AFCEA’s 1,100-member local chapter, which hosts monthly luncheon meetings, an annual Command, Control, Communications, Computers, Intelligence, Surveillance and Reconnaissance (C4ISR) symposium in association with SPAWAR, and seminars on topics like cyber security.

“I recognized that AFCEA has a tremendous amount of networking opportunities for people from one company to meet with another company where it’s easy to discuss opportunities in business,” he said. “I also got involved because all the main speakers do come from the government community, and it’s an excellent opportunity to learn what’s going on in the government and what future opportunities might be. It’s a win-win situation, especially for industry.”

In conjunction with cyber security concerns, a key challenge Loiselle expects for both the government and private sectors is financial: Budgets are expected to decrease even as needs increase.

“The challenge for industry will be to continue to provide services and products that more efficiently use government money -- and not only money but also time and the ability to complete the mission and save lives in the long run,” Loiselle said. “It will require efficiency in operations, efficiency time-wise, and efficiency in getting the job done.”

Even as budgets are reduced and resources are expected to be further stretched, the threat to cyber security for the private and government sectors is expected to continue to escalate.

“Cyber security is probably an area that is going to be very, very active for the future because you can have a high school kid halfway around the world trying to hack into other countries, other enemies, and corporate threats with one company trying to break into another,” Loiselle said. “It’s very dynamic and ever-changing.”