If Philip Piel, chairman of Associated Builders and Contractors (ABC) San Diego chapter, is beating a drum, it’s to the tune of creating a level employment playing field, especially during challenging times.

“ABC is a merit shop association,” he said. “We firmly believe that the most qualified company with the best bid should get the work regardless of union affiliation.”

Piel, 47, has served on the ABC board for 16 years and was on the executive board twice prior to being elected chairman, a position he assumed in January. He is a leading expert in prevailing wage issues. 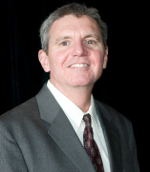 “He always said never put yourself in a position down the road where you have to explain why you didn’t do the right thing,” said Piel. “Sometimes it’s painful in the short term, but pays off in the long run.”

As chairman of ABC, his primary goal is to help the public understand decisions made at the local, state and federal levels that prevent fair and open competition, and discriminate against people based on their affiliation with unions, whether they’re a union member or not. He said most people see two sides of the construction industry -- union and nonunion -- as two seagulls fighting over the same cracker. And it’s difficult to explain issues such as jobs targeting money, contract fixing and coercion by union representatives to the average California taxpayer who doesn’t know how the construction industry works.

He said construction companies with 50 or more employees are often targeted by unions and subjected to labor interruptions, strikes, secondary strikes and, on occasion, violence. He said they’re not being targeted for failing to pay the prevailing wage or providing benefits.

“The real crime they’re committing is that they’re not paying union dues,” said Piel, who stressed that although more than 85 percent of construction workers and contractors are nonunion, neither he nor ABC wants unions abolished -- they support a contractor or worker’s choice to join a union as long as they’re not being coerced.

“I see many of the abuses that go on because my clients are harassed sometimes daily by union compliance programs,” he said.

He’s concerned that as a result of tremendous pressures, coercion and other things that go on behind the scenes, contractors who decide not to join unions will stop working on public works projects -- which will dilute the pool of labor working on taxpayer-funded projects, ultimately causing taxpayers to suffer.

Piel also serves as vice chair of the California Cooperation Committee, an entity that, through ABC, audits labor compliance. Over the past six years, audits of several project labor agreement jobs have shown that in spite of the additional layer of administration (and therefore cost) built in to ensure the project complies with labor and safety laws, project labor agreements have some of the same problems seen in the industry as a whole: misclassification of jobs, not requesting apprentices or mislabeling them, or having the incorrect ratios of apprentices to journeymen.

“Not only do you have the extra costs, you have the same problems,” said Piel. “It’s tantamount to extortion. You’re paying the extra money to make sure the individuals are paying union dues and are paying their money into union benefit programs, and you’re buying the promise that the union won’t come in and interrupt your job.”

Piel understands that while some of these issues may not appeal to the general public, they go to a core principle in American business: fair and open competition.

“When we get a special interest -- whether it’s a corporation or a union -- exerting their influence on the system, we have a lot of waste and mismanagement, and taxpayers feel the brunt of it,” he said.

Last November, nearly three-quarters of San Diego County voters approved Proposition A, which amended the county charter to prohibit the county from entering into construction contracts that require contractors to sign project labor agreements with construction unions. In June, Chula Vista and Oceanside outlawed the labor agreements in separate measures.

Piel is involved in youth outreach to educate young people about good paying construction industry jobs. He said in Europe, being a cement mason, plumber, electrician or bricklayer is a good career. They’re good careers here, too, but in America, it’s a matter of perception.

“If junior isn’t a doctor or a lawyer, he isn’t living up to his potential,” said Piel. “I’d like to show kids that a career in construction can provide a great lifestyle, especially if you go through a state-approved apprenticeship program and are willing to apply yourself.”