Like most industries today, the patent world is in a state of rapid transition. In fact, many experts would agree that innovation is being stifled as the numbers of patent lawsuits soar.

According to Alan Blankenheimer, a partner with the San Diego office of Covington & Burling LLP, a growing part of the problem is the continuing evolution of so-called “patent trolls” –- non-practicing entities that buy up patent rights. Their ultimate goal: to force businesses they claim are infringing on these patents to pay exorbitant sums of money.

The proliferation of lawsuits by trolls, he said, has spawned “the emergence of a business model in which those entities attract significant investment capital to buy vast numbers of patents and file litigation.”

With the ability to attract more and more capital, these non-practicing entities are morphing into “mega trolls,” he said. “These are a new breed of trolls: large, well-funded entities that operate with increasing market power, and target not only big corporations with deep pockets, but entire industry sectors.” 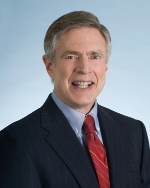 “Our client, Lattice Semiconductor, was one of four sued by IV for infringement of programmable logic device patents.”

Blankenheimer said these cases, and others like them, could represent the beginning of next stage of patent litigation and trigger significant changes in the nature of the industry. “The implications for our practice, and perhaps for our economy, are enormous. If these mega-trolls succeed in forcing companies that actually develop important technologies and manufacture valuable products to pay unjust tribute to invalid patents, that will harm not only those companies, but our economy, and decrease the returns on genuine innovation."

While he is now a leader in his field, Blankenheimer did not set out to become an attorney, but originally planned to be a doctor -- shifting gears after obtaining a fellowship at Brandeis University to study the philosophy of science. He later went on to earn a J.D. from the University of Chicago Law School. “I liked the open texture and rigor of philosophy, and those qualities characterize the law as well, so I eventually ended up in law school.”

With his keen scientific mind, a practice in intellectual property proved to be a perfect fit. “I always liked science, and IP work is logical mix of technology, law and science. If you understand the technology and can explain it, you are going to win.”

He’s never regretted the decision to practice law. “I get to work with some of the smartest folks you'd ever want to meet,” he said. “CEOs in the computer hardware and software industries are driven, incredibly bright, focused and love to cross intellectual swords.”

While the stubbornly stagnate economy has had a negative impact on many law practices, Blankenheimer said patent litigation is somewhat countercyclical. “In more challenging economic times, companies sometimes choose to extract more value from their intellectual property portfolio. So even in the depths of the recent recession, we have remained busy.”

After leaving the now defunct Heller Ehrman in 2008, he brought his intellectual property practice to Covington & Burling and helped launch the firm’s San Diego office. While he says the San Diego market is fertile ground for intellectual property attorneys, his work is more national in scope. “We litigate from San Jose to Delaware to Marshall, Texas,” he said, but ultimately, the goal is to build up the San Diego practice as well.

With patent trolls continuing to grow and threaten high tech industries, the intellectual property business should remain brisk – in San Diego and beyond.

Whatever the outcome of this controversial business model, Blankenheimer said one thing is certain, “the pace of change is accelerating on many fronts, and we are lucky to be in the thick of it as IP attorneys.”