If rear admiral had his way, US would emulate Navy's values

If rear admiral had his way, US would emulate Navy's values 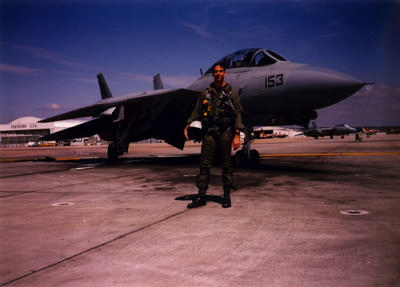 "If the outside world subscribed to the same things the Navy holds dear, the country would be in a different place right now."

When Rear Adm. Russ Penniman, the reserve deputy commander and chief of staff for U.S. Pacific Fleet, spoke last year to a business class at Norfolk State University, he told them the nation's financial community should have adhered to the Navy's core values of honor, courage and commitment.

If people in real estate and on Wall Street behaved in the ways Navy men and women did, he said, things would be a lot different today.

"I told them if the country had followed the three core values of the Navy, it would not be in the same mess it is in now," he said. "People were selling loans to folks who shouldn’t be eligible, and Wall Street people were packaging debt and selling it with a triple-A rating, which all indicates an across-the-board lack of integrity.

"If the outside world subscribed to the same things the Navy holds dear, the country would be a in different place right now."

Penniman may not be able to control the rest of the country, but he strives to live his own life according to these Navy values. He has seen considerable success as managing partner of Penniman & Associates, LLC, a real estate venture and management company, and as former president and chief financial officer of Earth & Materials Sciences Group. He has raised two children with his wife, Carol, and is active in the community, serving on the 22nd District Agricultural Association board of directors, which oversees the Del Mar Fairgrounds and Race Track, and the boards of the Del Mar Race Track Authority and the Race Track Leasing Commision. He is also a former member of the board of the Rancho Santa Fe Foundation.

At the same time, Penniman recently passed his 32-year mark serving as a Naval officer, and he currently serves as reserve deputy commander and chief of staff for the U.S. Pacific Fleet, which requires monthly trips to Pearl Harbor and other extensive time commitments.

But, he said, the Navy taught him how to manage it all.

"One of the things they teach you in the Navy is time management," he said. "You develop work discipline over time. There have been times where I turned away deals because I didn't want to be involved with folks who might take me down a path that is not ethically or morally where I'd like to end up."

For example, he said, his private investment companies do not do business with the Department of Defense, defense contractors or the 22nd agricultural district, because of his involvement with the Navy and Fairgrounds Board.

"I don’t even want the appearance of a conflict of interest," he said.

Just by touring Penniman's sprawling Rancho Bernardo home, you can quickly see the emphasis he places on his naval aviation career. He has -- quite literally -- dedicated a room to it.

Outside a den-like room that connects his house with his home office, Penniman has a small brass statue of a camel, which he procured on a port visit to Dubai during his Desert Storm deployment.. He named the room, which is more like a bar, after it, calling it "The Thirsty Camel."

Inside, surrounding a pool table, leather couch and a wooden bar with stools, is a wall covered completely with framed photos. The photos depict the highlights of Penniman's naval career, beginning with his father, stepfather and uncle, all of whom served in various branches.

In fact, Penniman said childhood flying trips with his father -- they'd take Cessnas to a remote Mexican beaches to fish -- first sparked his interest in aviation. Pursuing this spark, he graduated from the U.S. Naval Academy in 1979 and was designated a naval aviator in September 1981.

After learning on a T-28 Trojan, which he said was "a little like flying a tractor," Penniman moved on to the T-2 Buckeye and then to advanced strike training in the A-4 Skyhawk. After receiving his wings, he remained in Texas for an additional 19 months instructing in the A-4. After completing training on the F-14 Tomcat, he deployed twice with VF-211 aboard the USS Kitty Hawk and again with VF-114 aboard the USS Abraham Lincoln during Operation Desert Storm, where he served as the squadron’s maintenance department head.

Penniman left active duty in 1994 and began to build his business. He bought properties and then moved into backing companies, including a geotechnical engineering company in Las Vegas that he said became profitable within 18 months.

Then on a Friday morning in 2003, Penniman was in the midst of a business meeting at the Inn at Rancho Santa Fe when he received a phone call.

It was to say he had been recalled to active status, and he should report for duty that Monday. He was in Bahrain by Wednesday and Saudi Arabia by Friday, where he assumed his position as the night director of combat plans division in the Combined Air Operations Center. He served in that role during the concluding months of Operations Southern Watch and then during Iraqi Freedom major combat operations.

"The Plans Division would work through the night to develop the master attack plan, brief General (T. Michael) Moseley on it at 8 a.m., and once the plan was approved, it would go into the computer system and would go into execution at 6 a.m. the following morning," Penniman said. "There is a huge sense of responsibility when you're doing something at that scale. If you make a mistake flying an airplane, you might lose your plane and your crew, but when planning the air piece of a theater campaign, if you make a mistake the consequences can be far greater."

Penniman said working during wartime upped the challenges even more.

"The press would talk about 'the plan,'" he said. "Well, there wasn’t one plan. There were multiple different plans."

In 2004, Penniman was reassigned to Joint Forces Air Component Commander reserve unit attached to Third Fleet and then assumed command of the unit the next year. He then was assigned as chief staff officer with Commander United States Pacific Fleet Detachment 420, returning to Third Fleet as the deputy commander for his first flag assignment.

He was recently assignment to Pacific Fleet, where he is scheduled to remain for at least another year.

“When I first came into the Navy, my motivation was mostly about flying airplanes," he said. "Over time, you realize the primary reasons for remaining affiliated are the importance of the mission and the wonderful young Americans you have the privilege of working with on a daily basis. It will be a bitter sweet day when the Navy finally tells me to go home.”

When that happens, Penniman said it will not necessarily mean he will push forward with his business. Because of the state of the economy, he is taking a wait-and-see approach.

"When I was first selected as an admiral in 2008, I had five different business deals going, and right now I have two," he said. "I'm not interested in getting into something new until I know what the way ahead’s going to look like."

Instead, he will devote more time to his wife, 25-year-old daughter, 22-year-old son and his community work.

"I want to spend more time with my kids and help them make their way," he said. "My kids are at a great age where it's fun to see them out on their own, healthy and successful and doing well."

And if he has a few extra hours, he might spend them in "The Thirsty Camel."