"Being able to work with people, understand what motivates people and get them through challenges were all things taught to me in the Navy."

In 2011, he took on a different role: president of the newly formed mission solutions group at Epsilon Systems. That role came after Moneymaker served as president and CEO of Proxy Aviation Systems Inc., and chairman of Anonymizer Inc., and culminates years of experience working in the defense industry. 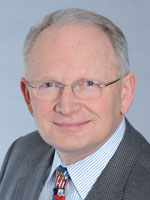 A Top Gun graduate, Moneymaker flew 91 combat missions in Vietnam. He ended his Navy career in September 1998 as commander of Naval Space Command.

Just over a year later, tragedy visited his family. Moneymaker's 29-year-old son, Lt. Mathew Moneymaker, also a naval aviator, died during a flight exercise in the Persian Gulf. Moneymaker was piloting a S-3 Viking when it crashed soon after taking off from the aircraft carrier USS John F. Kennedy.

More than 10 years after the crash, Moneymaker's voice still falters while talking about his son. But he said he would recommend naval aviation to anyone.

"I'd recommend it for any young person aspiring for challenge and character and building his or her experience," Moneymaker said. "With the skills you acquire, and also the environment you’re in, when you use those skills over time it certainly will have a positive effect on your life and your endeavors in the future."

Moneymaker's Navy career began as something of a fluke. Although he said he "built a lot of plastic airplanes growing up," a career in aviation was only something he "looked at from afar."

But when Moneymaker was in college at the University of San Francisco, studying biology, a friend invited him to go take a naval aviation aptitude test.

Moneymaker earned his wings in 1971 and soon after deployed to Vietnam, conducting combat operations in the Gulf of Tonkin from the USS Midway.

When joining the Navy, Moneymaker said he knew deployment to Vietnam would be inevitable. He described his service during the war as the "best of times and worst of times."

"The best of times are the camaraderies you achieve within the squadron, which is really a once-in-a-lifetime type of thing, because you are bonded in combat," he said. "The friends you get there are lifetime friends. The memories you have, both good and bad, blend together into a very unique informative impression on your character."

The worst of times, he said, is losing somebody, which "unfortunately was a regular occurrence."

Moneymaker graduated from Navy Flight Weapons School, or Top Gun, in 1986 and later that year became commander of the squadron Dambusters, which deployed to Japan, again with the Midway.

He was then chosen to command the Blue Angels through the 1989 and 1990 seasons. He said he was screened and then selected, a process that was out of his control.

"You put your name in a hat and hope for the best," he said.

Moneymaker oversaw 150 shows over two years. The Blue Angels would usually start off with a four-plane loop on takeoff, which was "quite unique in the air show industry at the time," he said.

"The air show environment is unique and has its own set of stressors," he said. "Just flying off a ship in combat is its own challenge in many ways. I used to say you couldn’t pay me enough to fly at night, but then in the daytime I'd pinch myself for getting a paycheck for doing what I was doing."

"It's a little known fact that the Navy does that, but we have to keep track of anything we end up shooting into space," he said. "That ranges from formal satellites to debris from space vehicles. You put it into the system to predict if it's going to be a problem with other orbits you intend to occupy with other satellites. It's like traffic control."

In 1998, Moneymaker retired from the Navy.

"It was just my time," he said. "I decided I'd run my distance, and it was time to do something new."

In his transition to a civilian career, Moneymaker, like so many naval aviators, found his Navy skills helpful.

"Being able to work with people, understand what motivates people and get them through challenges were all things taught to me in the Navy," he said.

But, he said, it was an adjustment to become a leader in the civilian world.

"Whereas in uniform you do have to command people from an authority standpoint, there's a different style in the private sector," he said. "It's something to adapt to, to become more of a leader or a coach, or have a mentor-protégé relationship, than a firm disciplinarian relationship. But a leader adapts to circumstances, so sometimes he's a disciplinarian, sometimes a mentor."

"We plan to provide an emphasis on the higher end engineering services skill set to be continuously in demand, to excel in that and continue to grow," he said.

Moneymaker's skills learned in the Navy will assist him, he said.

"I learned patience, persistence, getting things done, overcoming sacrifice and dealing with challenges that can be fairly large," he said. "You gain a certain amount of confidence you can overcome challenges with the right people around you."

For Moneymaker, the lesson of overcoming sacrifice has been a particularly personal one.

"When you’re in the Navy, or any other armed service, it requires spending a lot of time away, which is a personal sacrifice," he said. "It also requires professional sacrifice, to submit to an authority that is really for the good and protection of the nation. You give up certain rights when you go into uniform.