Andy Berg likes to use an analogy to point out how seriously the members of his trade group take their jobs: "If you get a bad paint job on your building, redo it. If somebody installs the electricity wrong, it's going to burn down."

"Our focus has been the same since the national association was founded in 1901: to improve the electrical construction industry and be its voice," said Berg, executive manager of NECA's San Diego chapter. "The industry has changed dramatically and much quicker than ever before with all the green technologies out there, be it solar, wind or battery storage. You used to have years to adjust to things. Now it's months or even weeks. So when new technology comes out, you better know everything about it so you can install it." 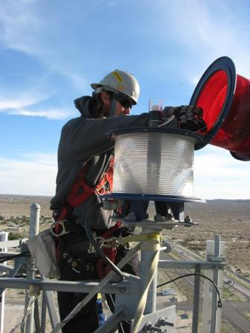 Photos above and below: Members of the National Association of Electrical Contractors San Diego chapter on the job.

Chartered in San Diego in 1942, the chapter comprises 34 electrical-contractor member firms in San Diego and Imperial counties, and 45 associate-member businesses such as distributors, engineers, accountants and attorneys. NECA has about 4,000 contractor members nationwide and chapters in Mexico, Canada, Belize, Australia and New Zealand. Each contractor member is a signatory to an agreement with the International Brotherhood of Electrical Workers (IBEW).

"People sometimes confuse us with a union, but we're no more a union than the owner of Safeway Foods is part of the union because he has unionized workers," Berg said. "We're the management side. It works best for our members' business plan to be union. We can train electrical workers better, so we get much better employees.

"The toughest part for our chapter is keeping up with the education our contractors need. But we do a pretty good job and our guys are way ahead of the curve on all the new things that are out there. I think most NECA members nationwide are well ahead of their competition (non-union electrical contractors)."

Chapter members' employees receive the knowledge they need to succeed at NECA's Electrical Training Center in Kearny Mesa, which is operated jointly as a trust with local IBEW Chapter 569. About 400 apprentices and electrical trainees are enrolled in the program year round, as are journeymen who receive ongoing education. Under terms of the agreement with the local, all courses are free to the person receiving the education. The center has provided more than 2 million hours of training to 8,600 electrical workers since it was founded in 1983, Berg said. 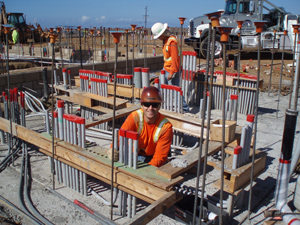 Students at the training center learn how to work with electrical components that make life easier for businesses and consumers in their daily routines, Berg said:

"As an example, when you leave your office, the lights will go out automatically even if you didn't turn them off. Those are called advanced lighting controls and they're somewhat complicated. It's not the same type of installation we used to do, but we started training on this probably five years ago. So before it became popular, we were there.

"Our training center has had solar power installed since 2002. We use it for classroom training. Students actually go up on our roof and we teach them how to install because we have it installed. They'll move things around and install different components like inverters and learn that way. We try to stay ahead of the game for our guys so they know what's coming next."

Berg noted that the chapter includes many family-owned businesses that span several generations. Some contractor members have been in the chapter more than 40 years. Davies Electric, the longest-standing NECA member, joined in 1946. 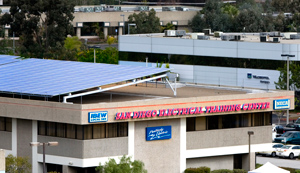 "It's almost as much of a giveback as a get for our members," he said. "A lot of them feel the industry has been really good to them. By joining and helping NECA, they are giving back to the industry, and making sure it continues to the next generation."