The Daily Transcript asked four banking leaders if they expect interest rates to rise at all this year, and if they see any implications or issues with the continued record-low rates. Here’s what they had to say: 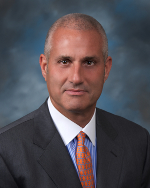 I don’t expect rates to rise this year. The Fed has made it pretty clear, through their efforts at being transparent, that they intend to keep rates down in this range through 2014. The Fed’s approach is understandable. It allows the U.S. Treasury to refinance existing debt and issue new debt at historically low rates, thereby greatly decreasing actual debt service payments paid by taxpayer dollars. Additionally, the economy has been struggling both domestically and in Europe.

The risk of this is multifold. There is significant risk to the banking industry in that loan and investment security assets are being added to bank balance sheets at historic low rates, with borrower clients looking to lock in these lower rates. These dynamics are causing the banking industry to, once again, start reaching into riskier asset classes to find yield and in turn focusing on asset classes in which they don’t have true expertise.

Additionally, banks are extending on the yield curve at the exact wrong time, all in an effort to find yield.

From a client’s perspective, the Fed’s actions are impacting the rate of interest paid on deposits. While Opus Bank continues to provide opportunities for its clients to obtain among the best rates in the market, elsewhere (and particularly at the largest banks), depositors are being paid virtually nothing on their liquidity, thereby reducing taxable interest income.

The low rates are benefiting borrowers and providing an opportunity for business expansion. While the Fed’s actions and historically low rates should have the effect of deleveraging the world, I’m concerned that many may see this as an opportunity to over-leverage, potentially setting up for the next adverse cycle. 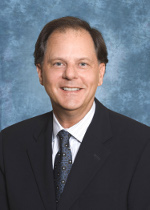 No, I don't expect interest rates to rise next year, due to continued pressure by the Federal Reserve to keep rates low. Despite modest economic improvements in the last few months, the Fed will not do anything that could possibly mitigate any perceived economic recovery particularly in an election year.

The impact on financial institutions of all sizes is pressure on net interest margins. Our cost of funds cannot go any lower while rates on loans hover in the 4s.

This type of environment will continue to compel banks to find new ways to drive revenues higher, including increasing fees on loans and depositors. How successful they will be is a function of loan volume. Currently volume is low and pricing is very competitive.

Banks will also seek to reduce expenses in an effort to preserve capital.

Reduced margins provide decreased profits for banks, lower return for shareholders and depressed prices for bank stocks. The financial industry will continue to raise concerns to try and improve the health of the situation over the long run. 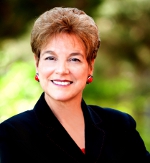 All indications point to interest rates remaining low well into 2014. There is a good side and a bad side to this scenario.

The traditional thinking is that lower interest rates should help stimulate economic growth by getting consumers to borrow and spend on items like homes and automobiles, and by getting businesses to borrow to grow their business and to invest in capital equipment. Both of these scenarios have a positive impact on the economy’s long-term financial health. While this should occur, the impact to date has generally been lackluster due to the other factors in our economy that are dampening the effect, which include unemployment, non-performing loans, increased regulatory oversight, a weak housing sector, uncertainty of the future and consumer deleveraging.

There is a caution: Increased borrowing in a low interest rate environment results in higher debt levels. This requires discipline by both borrowers and banks. Some, like Torrey Pines Bank -- which has always maintained a prudent approach to lending -- are not undercapitalized or under the constraints of non-performing loans. We have actually seen a strong trend in lending activity to good quality borrowers.

Lower interest rates have put a squeeze on net interest margins for banks, however, if low rates do spur the economy then lending could pick up, and loan growth should help avoid some of the negative effects of margin pressure. With the indication of fairly low rates over the next two years, this could also result in attitude shifts in a bank’s pricing strategy.

Lower interest rates are unfavorable for bank depositors, especially those who tend to be risk-averse and rely on the interest earnings from savings for income. We may see these individuals become willing to take more risk to get yield, and look to alternatives like stocks and corporate bonds. The two-year likelihood of this low interest rate environment might encourage very conservative savers to look to longer term CDs, versus staying short when they were concerned about rates going up.

Lower interest rates can feed inflation, however the Fed is committed to managing inflation at about 2 percent per year; and with the other current metrics of the economy, a risk of increasing inflation over this period is relatively low.

Generally, the economy needs this period of low interest rates if it is going to have a chance to rebound, but the government also needs to cooperate with a responsible fiscal policy -- free of political infighting -- that will complement the efforts of the Fed.

I believe the Federal Reserve will continue to do everything in their power to keep interest rates at these historic low levels until they feel that the economy is growing at a sustainable level. They recently extended their "commitment" from mid-2013 to late 2014. I put the word commitment in quotes, because this commitment is only good until the Fed feels the economy is on a more solid growth path.

A few months ago, the Fed felt this would take until mid-2013, but now they think it will take longer. However, it is difficult to have confidence in their ability to make such judgments when the record shows that throughout 2006, the Fed believed that the greatest danger was inflation and that the economy would grow too fast. They didn't just miss the magnitude of their inflation projection, they didn't even get the direction right. I don't envy their job.

Let's face it — the next big move in interest rates has to be up. The Fed has maintained what is essentially a zero-interest-rate policy since 2008, and the longer this continues the more concerned I become that at some point in the future, the Fed will be rapidly raising rates in an attempt to slow a fast-growing economy that has been fueled by this prolonged zero-interest-rate policy.

So what are the implications? A prolonged period of low interest rates could hurt the profit margins of community banks, many that are trying to recover from significant loan losses in the last three years. The low interest rate environment also puts pressure on the investment returns for retirees who are counting on a certain amount of their income to come from interest on their investments.

Ironically, there is another factor that I don't hear mentioned in the press: unlimited FDIC insurance on all non-interest bearing transaction accounts through Dec. 31, 2012. With short-term interest rates near zero and unlimited insurance on transaction accounts, many businesses are keeping virtually all of their excess cash in their checking account(s) at their bank.

The bank can't really do much with these funds because there is a lack of demand for business loans in general — so the cash just sits on the bank's balance sheet. But let's suppose that the economy starts growing later this year, the FDIC insurance limit reverts back to $250,000 at the end of the year, and interest rates are on the rise. Might the combination of these events cause rates to rise faster than they would have, and perhaps peak at higher rates than if the Fed had stopped trying so hard to keep rates artificially low?