The American Heart Association’s 2012 Go Red For Women campaign was launched in early February with a kick-off event downtown on Broadway in front of the U.S. Grant Hotel. Almost 50 volunteers, complete with homemade signs and materials, showed up to voice their support and encourage women to make it their mission to be heart healthy.

A number of the locations agreed to “Go Red” for the entire month, thus extending the initial buzz into March.

San Diegans who turned on the television the morning of Friday, Feb. 3 were greeted by coverage of the campaign kick-off, along with the morning anchors wearing red in support of the campaign and encouraging their viewers to do the same. The day concluded with a Wear Red Day Celebration hosted by San Diego’s Wear Red Day sponsor, UC San Diego Sulpizio Cardiovascular Center.

The centerpiece of the American Heart Association’s Go Red For Women campaign is the Go Red For Women Luncheon. This year’s luncheon is March 16 (today) at the Hilton San Diego Bayfront. Approximately 400 people are expected to attend.

“We are blessed in San Diego to have such strong community support,” said Michelle Mueller, Chair of San Diego’s 2012 Go Red For Women campaign and vice president of external affairs for San Diego Gas & Electric (SDG&E). “San Diego’s Go Red For Women campaign would not be possible without this support, particularly that of our volunteers. These volunteers truly are the key to raising awareness and funds for the fight against heart disease and the toll it takes on women.”

“Whether it’s the volunteers who help plan and implement San Diego’s Go Red For Women campaign, the media helping to raise awareness, or the corporate sponsors helping support our fundraising efforts; they are all making a difference.” 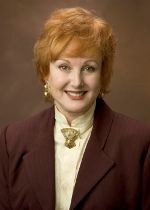 “In fact, while heart disease remains the number one cause of death for women in the United States, fewer women are dying of heart disease – both in San Diego and across the country.”

Planning is currently underway for San Diego’s 2013 Go Red For Women campaign and Luncheon. For more information or to get involved, call 858-410-3850.