When it comes to the real estate brokerage business, knowing your turf is essential, and it’s been a catalyst for success at Inland Pacific Commercial Properties.

The 12-year-old firm founded by San Diego-raised James Renner deals almost exclusively in the leasing of industrial properties, and its current listings, which amount to more than 2 million square feet of space, encompass the breadth of East County.

Renner is proud to say, “We’re the local guys,” attributing his company’s prosperity to the “tight-knit ownership group” in El Cajon, La Mesa and Santee, where Inland Pacific Commercial Properties is based. “Most of the people I partner with are people I’ve known for years and years," he said.

Renner estimated that East County boasts about 30 million to 40 million square feet of space for retail, office and industrial use.

It’s an attractive environment for businesses, he says, for a number of reasons — lower rents, easier commuting and affordability of entry-level housing, among them. 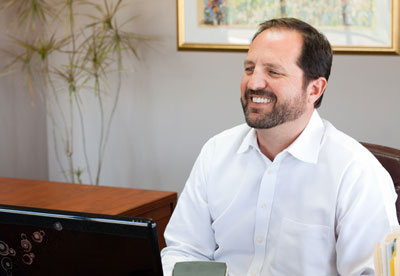 For the most part, companies are leasing rather than buying, and Inland Pacific is responding to that.

“With the interest rates where they are,” Renner said, “[Buying is] cheaper than leasing.” The ensuing complications are “coming up with the down payment and actually finding something. There’s not a lot of inventory for sale [in East County].”

The emphasis on leasing has paid off for his company, said Renner, who presides over a staff of five, including himself. “It’s been good to focus on one thing.”

While there are clients moving to East County from elsewhere — it’s rare that it’s the other way around, Renner said — much of Inland Pacific’s business involves companies changing spaces as they grow.

In this sense, it’s a case of “musical chairs,” Renner acknowledged with a smile. “The last couple of years it’s been people going up — needing more space.”

Renner is quietly optimistic about the industrial real estate market.

“It’s gotten steadily better over the last couple of years,” he said. “It’s gradually come back, which I hope is a step toward building a better foundation. Right now vacancies are down to about 6 percent. It’s been really stable.”

Inland Pacific’s signature project is the Center Pointe Business Park, 245,000 square feet of industrial space in the middle of El Cajon at Johnson Avenue and Vernon Way. “It’s a property you could drop into Sorrento Valley and it’d fit right in,” Renner said. 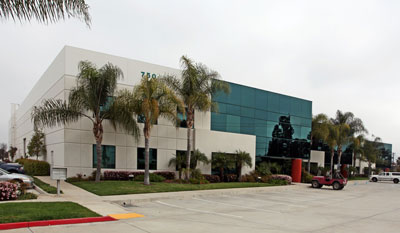 “We put it on the market and people from all over the country were looking at it,” Renner recalled.

Inland Pacific brokers have leased about 100,000 square feet of the available business park space in the past 15 months.

As to the future, Renner is keeping a close eye on the next five years, during which he foresees “steady vacancy rates with healthy absorption up to that point,” though he expects that by the end of 2014 there will be pressure to raise interest rates.

“It will be a balancing act with interest rates and the economy for sure,” he said.

Once you’ve got the hang of musical chairs, a balancing act should be no problem.