By TONY LOVITT, Special to The Daily Transcript
Tuesday, July 2, 2013

Growing up in Westlake Village as the son of a real estate attorney was, as it turned out, excellent training for Bill Anderson, senior vice president and one of three co-founders of ACRE Investment Real Estate Services.

“I think if you asked my parents, they'd tell you that I was a consistent and aggressive negotiator with everything I did,” Anderson said.

“We would put together contracts for grades, for chores, for going out with my friends and how long I could stay out at night. It was all about the terms and conditions and I had to live by the contract.

"I learned early on that when I made an agreement and I shook (hands) on it or when I signed on the dotted line, I was held accountable and I couldn't break that covenant.”

A 1998 graduate of the University of San Diego, Anderson was recruited out of college to work for Merrill Lynch.

He trained on the New York Stock Exchange, worked in the World Trade Center, earned his Series 7 license and did brokerage and portfolio management for about five years. He also worked for Morgan Stanley (NYSE: MS) during that time. 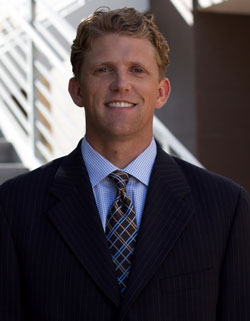 “But I was disappointed with the leaders in that industry and the analysts, and the people that we were trusting to show us and guide us and our clients,” Anderson said.

So he left Wall Street to travel throughout Asia with his wife, a traveling nurse, and to pursue his goal of getting an MBA.

After earning an International MBA from the Macquarie Graduate School of Management in Australia, Anderson returned to Southern California.

He leveraged his background in investing in the stock market, bonds and mutual funds and applied it to real estate, buying some properties that he says have done well.

At the time, a buddy of Anderson's was working in the San Diego office of Marcus & Millichap, “so I cut my teeth (in commercial real estate) at Marcus for six years,” where he met future partners Chris Robinson and Craig Stewart.

The trio founded ACRE in late 2009. Anderson heads a team of agents whose primary responsibility is multifamily residential properties in north, south and central San Diego.

“I'm a deal junkie,” Anderson said. “I probably have 20 different deals on my desk right now. I love the underwriting and the value-add aspect and looking at a project and getting creative. One of the benefits of our firm is that we're positioned to not have middle management or upper management dictate the way we put deals together. We make our own decisions. It's really a flexible matrix for us.”

Anderson has had plenty of opportunity to do deals, be creative and make decisions in San Diego's bustling multifamily residential market.

“The San Diego marketplace is extremely tight. Obviously, interest rates have ticked up a little bit, but they're still very attractive and the fundamentals have created a perfect storm for solid investing in tangible real estate,” Anderson said. 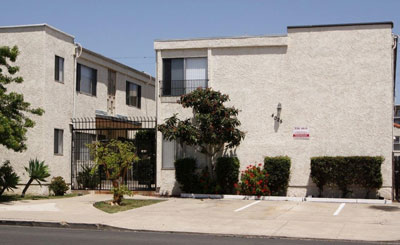 The 24-unit Arizona Palm Apartments in North Park is part of a 40-unit portfolio recently listed by ACRE Investment Real Estate Services. The company specializes in multifamily residential properties with between eight and 100 units. Courtesy photo

“The big challenge, at least in our product type, is simply inventory and just availability of good, strong return. Returns are just very compressed right now.

“I don't believe that we're going to see the kind of volume that I think will alter this market until we get to a point to where there's really better options for investors.

"Because there's been so much, refinancing has a lot to do with it, in my opinion. If the rates are not as attractive, it may kind of loosen up some inventory, but right now, we've got clients that are getting sub-4 percent financing (or lower) for seven years, 10 years.

"They're fixing them in with prepayment penalties for the first three or four years and it's been aggressive in the marketplace. I mean, almost every client I'm talking to is refinancing.”

Anderson said he's trying to get his agents prepared for what could be a market with very low volume.

“My focus has been a little bit more on our agents and trying to help them develop more and get them into a position where they've got good clients, repeat clients,” said Anderson. “Rather than (have them) being transaction-based, I want to really focus on (their) being relationship-based.”

Even for a “consistent and aggressive negotiator” like Bill Anderson, that's non-negotiable.


Lovitt is a freelance writer based in San Diego.
User Response
0 UserComments