From his 1st retail project to the latest, Avoyer learned that if you built it, they will come

Steve Avoyer has no trouble remembering his first shopping center project in San Diego, back in ’79 when he was a broker with Coldwell Banker.

It was the Midway Towne Center on the site of the old Midway Drive-In at Midway and West Point Loma Boulevard. That project also included the very first Ralphs supermarket in town.

“We turned things around on that corner,” Avoyer said.

Such projects make up, he said, 97 percent of his firm’s business. Avoyer, operating in a “hypercompetitive brokerage community,” wouldn’t want it any other way.

When it comes to brokering industrial, office or retail space, “Retail is a different animal,” Avoyer said. “It’s not all that complicated. It’s one of the only disciplines in commercial real estate where if you build it, they will come.” 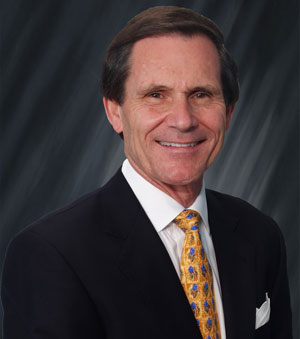 Avoyer’s confidence seems well-placed. He said that during the recent economic downturn, when the industrial and office markets were “basically flat,” retail survived and even prospered.

“The shopping centers withstood the problems of the recession,” he said, “because the risk was spread out” among tenants. “If you’re smart about who your clients are in a downturn, you can do pretty well.”

He’s optimistic about the aftermath of the recession as well.

“In retail,” he said, “the Titanic is turning around,” pointing to new construction for shopping centers in a climate when little is being built from scratch for industrial or office space.

“Almost all of our projects start with a publicly traded company as a tenant,” Avoyer said. “All of them have to show Wall Street growth … putting in new stores.

“At the end of the day, Wall Street is demanding that these companies grow. That’s the impetus behind things turning around.”

Even though “there are probably no more than 10 surface-park shopping center sites (centers that can accommodate parking facilities or space) left in 18-city San Diego County,” Avoyer said, areas for new retail projects are out there.

He cited Otay Ranch as a potential growth location, with retail needed to support a growing population, as well as the highly sought-after demographic neighborhoods of North County. 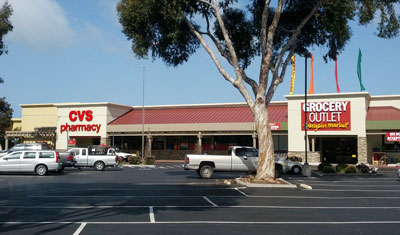 Steve Avoyer's first shopping center project in San Diego, the Midway Towne Center, was back in 1979 when he was a broker with Coldwell Banker. Courtesy photo

Among Flocke & Avoyer’s current projects (reflecting both these areas) is a 280,000-square-foot community center in Carlsbad for PDC Centers, an affiliate of Safeway Stores, and a 500,000-square-foot power center in Otay Mesa for Sunroad Enterprises.

When it comes to prospects for the future, Avoyer gets down to basics.

“I have an innate confidence in the American people,” he said. “America is a country of shoppers. I do see retailers consolidating and in some cases getting smaller, but there are so many goods and services we need.”

While online shopping is taking a bigger and bigger bite out of on-site retail, it has its limitations, Avoyer said.

“The American business model keeps re-creating itself. We have to grow — it’s only a matter of what rate we grow.”


Coddon is a freelance writer based in San Diego.
User Response
0 UserComments

Jan. 17, 2012 -- Steve Avoyer, president and CEO of Flocke & Avoyer, talks with George Chamberlin about how the commercial real estate market, particularly retail space, has improved and changed over the past few years.