The Packard Co. grew by treating managed properties as its own 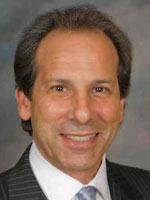 Michael and Carrin Goldstein weren’t the founders of what was known as The Packard Co., but not long after they purchased the property management firm in 1998, they made it their own.

The Goldsteins — who bought a business once removed from its original owners — acquired a firm with two employees, two homeowner associations, one hotel under management and a 500-square-foot office.

Today, The Packard Cos. is a full-service, turn-key operator encompassing three divisions that manage 23 hotels, 21 associations, 15 commercial projects, one of the largest marinas in San Diego (634 slips at Marina Village) and more than 800 employees.

Goldstein (Carrin is no longer an executive with the company) didn’t reveal his companies’ revenues but said the properties he manages generated more than $120 million last year.

Goldstein’s expertise in hotel development is extensive, having worked on new construction and renovations, franchise negotiations and brokerage.

He has also been the principal task force member for the repositioning of distressed properties for institutional lenders and numerous receivership assets.

Packard has yet to manage a hotel in San Diego County, but that doesn’t mean Goldstein isn’t interested.

“We would love to see one here, but we haven’t found the right property yet,” he said.

The closest hotel properties currently managed by Packard include a Holiday Inn at Los Angeles International Airport, Four Points by Sheraton in Rancho Cucamonga, and a Sheraton Santa Clarita under construction in that community.

Goldstein said his firm (that has managed hotels from Anchorage to New York City) is in the process of picking up the management contracts for two additional hotels that include a Crowne Plaza in San Pedro and a Holiday Inn Express in Hartford, Conn.

The Packard Cos. manages 23 hotels, 21 associations, 15 commercial projects, Marina Village (above) and more than 800 employees.

Goldstein has more than 25 years experience that extends well beyond hotels and resorts to restaurants, multi-family residences, assisted living facilities, and a variety of office and properties.

Local commercial properties managed by Packard include the Nordic Village shopping center in the Sports Arena area, Marina Village on Mission Bay (a property that has been transformed from retail into a conference center), and the Mission Creek Shopping Center in Santee.

Amy Schraeder, Packard vice president of operations, remembers how the retail portion of the Marina Village languished before it was transformed into a conference center about 15 years ago. She said the property owned by the Retirement Trust Fund of the Plumbing, Heating and Piping Industry is thriving now.

“This is a much more viable property today," Schraeder said, adding that there are still some access issues that need to be resolved. “I’m proud of what we have been able to do to fill it up.”

“We manage about half a million square feet of office and retail space (overall),” Goldstein said. “We want to double our portfolio on the commercial side along with adding at least five more associations over the next 12 months.”

Schraeder , who said “the secret is to treat the properties as though they are ours,” added that Packard’s managed commercial portfolio is an average of 90 percent leased and climbing.

“Getting the right tenant mix is a challenge. A lot of times it’s the wrong operator for the location,” Schraeder said.

Conceding that it can take a long time to fill a space, Schraeder said it is almost always better to have at least a temporary tenant than to let the space go dark. Still, making a business work is a challenge for many if not most tenants.

Bill Ramacciotti, a Packard senior portfolio manager who specializes in homeowner association management, said Packard turns down properties if they don’t fit with the managed portfolio.

Ramacciotti said a large part of what he does is education so landlords can maximize their returns.

While people may have trouble comprehending their books, Ramacciotti said he doesn’t see as many distressed properties these days.

He does see some, as well as some construction defect cases that he is wrapping up.

One of these formerly distressed multifamily properties was the Hawthorne Place development in the Little Italy district.

“We helped turn the tide on that one,” Ramacciotti said. “We’re still working on the assessment structure right now.”

Map: The Packard Cos.

The Packard Cos. Executive(s):