By TONY LOVITT, Special to The Daily Transcript
Wednesday, July 24, 2013 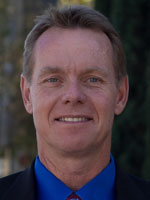 Craig Stewart co-founded ACRE in a recession with partners Bill Anderson and Chris Robinson, all alumni of Marcus & Millichap.

Craig Stewart smiled as he revisited a Jan. 15, 2010 Daily Transcript article that announced the birth of his company, ACRE Investment Real Estate Services, which specializes in apartment brokerage and property management throughout San Diego County.

“We wish them the best, but they won't have an easy time and the odds are against them,” said Stewart, summarizing a competitor's comments in the article while he jokingly brandished the pieces of paper on which it was reprinted. “I continually refer back to this article and say, 'Well, we're still here, we're still making it.'”

ACRE, an acronym for apartments and commercial real estate, is flourishing.

The company, headed by Stewart and his partners, Bill Anderson and Chris Robinson – all of whom are senior apartment broker alumni of national commercial real estate giant Marcus & Millichap – are exceeding almost everyone's expectations other than their own.

“We decided there was more strength in synergy, working together,” said Stewart of ACRE's culture of sharing information rather than safeguarding it and cooperation rather than isolation. “That wasn't encouraged in the other organization.”

“This year, it's definitely a big change over last year. Right now, the demand for apartment buildings is at an all-time high. Not only are the lenders coming back, but the interest rates dropped below four percent for apartment loans this year,” Stewart explained. “But it's also a flight to a safe investment.”

Stewart said that the popularity of apartments as an investment option stems, in part, from uncertainty surrounding the stock market and the economy in general.

Additionally, he said, occupancy rates were boosted by the last downturn in the housing market, when many people lost their homes and became renters.

Sales of apartment buildings as investment properties have done very well in the last few years and “in San Diego, much more so than in the rest of the country,” said Stewart, who flipped his first house as a 21-year-old and banked $20,000 in the process, even before earning his bachelor's and master's degrees from Cal Poly Pomona. “That, coupled with the fact that there's a lack of inventory because people that own apartments are hesitant to sell now and it's driving prices up. And right now, we've got a ton of buyers, but we just don't have that much inventory to sell.”

Stewart estimated that about 75 to 80 percent of ACRE's buyers are in San Diego. 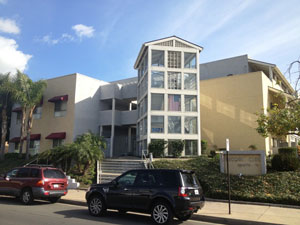 The 33-unit Racquet Club in La Mesa serves as an illustration of the recent acceleration in the local apartment market. Stewart told the owner the property was worth $4.4 million, then, with multiple offers, went into escrow at $4.5 million within 30 days.

Stewart cited The Racquet Club Apartments, a 33-unit project on University Avenue in La Mesa, as a good example of how the apartment market in San Diego County has significantly changed for the better since ACRE commenced business just three years ago.

“Based on historical sales, and we usually go back six months, I sat down with (the seller) and I said 'your property is probably going to be worth $4.2 million,'" Stewart said. "Then, within the span of thirty days, we went to market at $4.4 million, and ended up going into escrow at $4.45 million and we had multiple offers. So, that's kind of where we are in the market.”

However, several factors that are difficult to forecast could influence the market for better or worse in the foreseeable future, Stewart said.

Among these are interest rates, the economy in general, and the possible bifurcation of Prop 13 by the California State Legislature, which would result in property tax increases for owners of apartment buildings.

But whatever the future holds, odds are good that ACRE will continue to prosper and that Craig Stewart will still be saying, “We're still here. We're still making it.”

Lovitt is a freelance writer based in La Jolla.