The current commercial real estate boom has meant good times for builders, developers, buyers and tenants. And lenders are prospering from the turnaround as well. One of the local lenders that has been a consistent supplier of financing is the real estate department of Torrey Pines Bank, which funded $425 million in new loans last year, up from $412 the prior year.

"2013 was another really good year for us," said William McLennan, executive vice president and chief real estate officer at Carmel Valley-based Torrey Pines Bank. "We've consistently increased our lending and grown the bank since 2010. 2013 was a very profitable year, but also challenging due to an increase in the number of financial institutions in the marketplace, creating quite a bit of competition. In the end, increased competition necessitates we work harder, demonstrate more flexibility, which is good for our clients."

Founded in 2003 as a division of Western Alliance Bank, Torrey Pines Bank has 11 offices throughout San Diego, Los Angeles and the San Francisco Bay Area. The real estate team primarily funds construction loans for industrial, office and large residential projects and with close to $10 billion in assets, the bank is in prime position to continue funding these types of projects, McLennan said.

"We're faster. We can look at a request from a borrower early, and quickly give them an idea of what we can and can't do. That's very helpful," McLennan said. "A lot of our borrowers tell us they like doing business with us because they are confident that when we say we're going to close a loan, we will. That's our goal: to create a relationship with a borrower so they know we do what we say we're going to do. 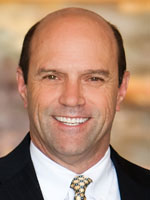 "2014 has also been nonstop. Typically we'll see a real push at year end as people want to close their loans for business and tax purposes. Historically there's a kind of lull in January where everybody takes a deep breath. But this year, that wasn't the case. It continued right into January, February and March. I think it is because people perceive a lot of opportunities in the marketplace and they've continued to purchase and refinance properties."

The constant pace led to the department hiring additional lenders and closing staff over the past year. While most of the Southern California projects have been in the coastal strip, the bank is seeing more activity in Riverside and San Bernardino counties, McLennan said.

"Those inland areas have been slower to recover, but that's pretty typical," he said. "We're seeing growth in general across the entire marketplace. Our position is to proceed with optimism but be cautious. I think the real estate community is going to have a really good 2014."