Housing inventory not an issue in northern Baja

By GLENN GRANT, Special to The Daily Transcript
Wednesday, August 6, 2014

Low housing inventory is a challenge for most San Diego County real estate firms. But it's a different story just south of the border.

"We have great inventory in northern Baja California," said Kathy Katz, broker and co-owner with husband Max Katz at Baja Real Estate Group in Rosarito Beach and Ensenada. "There's been a lot of developer-financed new construction the past few years, but because we got hit by the economy along with everybody else, we have new standing inventory."

Americans by birth, the Katzes have lived and worked in northern Baja for more than 20 years.

They have a second home in Chula Vista but raised their children in Rosarito Beach, where they're active in community affairs and among other Americans who live in the coastal city.

"I was doing vacation rentals in Rosarito, then met up with a developer and started re-launching his condos," Kathy Katz said. "I was always in sales, so I guess this was my calling."

The firm has clients in the United States, Baja and the Mexican interior, and prides itself on educating them about property ownership along the border.

A client-relations staff member was recently hired to funnel prospective buyers to agents and help them make informed decisions.

The firm's eight agents also help clear up prospective buyers' apprehensions and beliefs about Mexican laws regarding foreign ownership, such as the 99-year land lease.

"American buyers own the land much like a family trust in the U.S.," Katz said. "There are other types of ownership but we only deal with trusts. They renew every 50 years and go straight to your heirs. There's actually no inheritance tax in Mexico. The 99-year lease was a misconception. It actually was nine years and nine months. But the bank trust was created to encourage foreign ownership, and it's only on the borders of Mexico."

"The Constitution said they're not to get overthrown, so it wouldn't let any foreigners own on the borders," Katz said. "Because of that, the bank trust was created. You own the land, you can do what you want with it. You can change banks at any time."

Much of the firm's business comes through referrals by agents in the United States. It regularly brings them south on bus tours and offers referral fees in various residential projects.

The agency has an active online presence with several informational websites, blogs and a Facebook page. Agents hold open houses each weekend and are based at some projects seven days a week.

"We were featured on a 'House Hunters International' episode on HGTV June 8, and got calls from all over the U.S. from people who were looking at other parts of the world to retire," Katz said. "The idea of being in Rosarito, just next door to San Diego, is very appealing to them."

"But price is still the main attraction," Katz said. "For the same types of condo or house on the water in Baja, you can pretty much add a zero to the price in San Diego. And the carrying costs, the property taxes are very low. The cost of living is low. So for a second home, especially a beach home, that makes it very desirable. A three-bedroom, two-bath condo by the beach here would be about $250,000. You can go higher, you can go lower, but that's a good average."

Katz has weathered Baja's market shifts before. She's optimistic about 2014, based on recent trends.

"The past three years have been pretty good," she said. "We've doubled sales every year. Even tourism is up. So across the board, Mexico is doing really well. It's harder for us because we're a cash market, which limits our buyers," she said.

"But compared to one or two years ago, when our agents were working one or two clients a month, they're now working three or four." 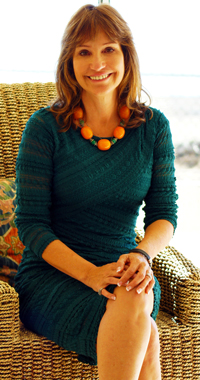