Like most people at the top of their field, Bryce Aberg has an old-fashioned work ethic. He believes in education, accountability and hard work, and most days he puts in 10 to 14 hours on the job.

“If you work hard, you’re going to see the results. It’s all about what you put into it, whether it be work or family,” said the Cassidy Turley BRE Commercial industrial specialist. “My whole thing is just being the best you can possibly be.”

Last year, that tenet led Aberg and his team to complete 141 transactions valued at $81 million and representing 1.3 million square feet. He also had the largest industrial sale of 2011: The six-building Center Pointe Business Park in El Cajon, totaling 245,000 square feet, was sold for $22.4 million.

During a time that presented a challenge for most brokers, Aberg had his second best year since he started in the business in 2000.

“It all goes back to hard work and the work ethic. You’ve got to think outside the box, and put some creative deals together. The days of things just happening, or being in the right place at the right time, still have value, but they’re very far and few between,” he said. “(The way you do business) has to evolve. You have to always make sure you’re sharpening your skills. 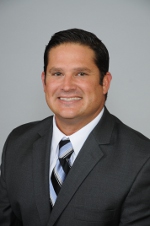 It wasn’t a straight path to real estate for Aberg. After high school, he spent a few years traveling, then began studies in business administration at the University of San Diego. At the time, USD did not have a real estate program.

Aberg was unsure where he would land, but he had family and friends in real estate on the brokerage and development sides. After graduating, he moved to Orange County to work for Lee & Associates. Three years later, he moved back to San Diego and has been with Cassidy Turley ever since.

Now at 37, Aberg heads up Cassidy Turley’s industrial division in San Diego as a senior vice president. He has completed more than 1,200 sales and lease transactions totaling over 5 million square feet for a total consideration of $950 million.

He recently was named president of the Society of Industrial and Office Realtors San Diego chapter. About 50 commercial real estate brokerage specialists in San Diego have achieved the prestigious SIOR designation. Aberg is the second youngest president in the local chapter’s history.

Another achievement: He recently recruited his two main competitors in the industrial market, Dean Asaro and Andy Irwin from CBRE Inc. (NYSE: CBG).

The team Aberg started with his brother Brant — which has doubled in size during the last 12 months — now includes seven brokers, two marketing personnel and one business development specialist.

What sets the team apart from competitors, Aberg said, is their focus on accountability.

“We’ve developed a process that’s strictly for our team for the way we hold each other accountable to the team as well as to clients,” he said. “It’s a way for our clients to track our successes, and to see what we’re doing on a daily and weekly basis.”

Following the success of 2011, Aberg expects another great year for his group.

“With the team we have now and the amount of market knowledge we control, it’s amazing,” he said. “For the markets we work in — which is central San Diego and South County, from the 52 freeway down to the border — if there’s a deal being done in the industrial sector, we’re going to know about it. We’re going to be in front of it and do what we can to make sure our clients are going to benefit from it.”

Looking forward, Aberg said within a few years we should see some upside. With limited product and very little land to build on, he predicts the return of investment sales. On the leasing side, he said rents have flattened and the next few years should see small increases. Vacancy is on the decrease across the county.

“Once we get the vacancy below a certain level, and we’re almost there, we’re going to see the tables turn again for landlords. It’s going to be landlord’s market,” he said.

By then, Aberg may have realized his goal to develop a unified, countywide team that specializes in each submarket.

But one thing’s for certain: Aberg will still be focused on what he’s always done best.

“A lot of time in this business, people follow trends, and follow the money. In brokerage, they look at what’s the new hottest thing, where is everyone making money, and you’ll see a flux of brokers going towards that sector of the business, whatever it is,” he said.

“But you can’t be a generalist. You need to be the best at whatever you do. We’ve been doing landlord institutional sales and leasing since we started in the business, and that’s exactly what we’re going to be doing 10 years from now.”