By PADMA NAGAPPAN, Special to The Daily Transcript
Friday, April 20, 2012

He sequenced the human genome in 2001, three years ahead of the public human genome project's schedule, using a “shotgun sequencing” method that is still the industry standard today.

He began mapping the ocean's diversity in 2003, circumnavigating the globe aboard his personal yacht, the Sorcerer II.

He co-founded Synthetic Genomics in San Diego in 2005, with the aim of engineering synthetic microorganisms to produce alternative fuels. It has a $300 million multiyear agreement with ExxonMobil (NYSE: XOM) to develop algae-based biofuel and said its approach to algae is different from the rest of the companies in the field.

He also began the J. Craig Venter Institute in 2006, a nonprofit entity focused on genomic medicine and environmental genomic analysis. It's building a $35 million research center on the University of California, San Diego campus, his alma mater, which is scheduled to open next year.

Time magazine selected him as one of the 100 most influential people in the world for 2007 and 2008. 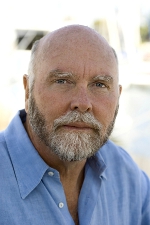 He responded to questions from The Daily Transcript about his rise in the scientific world, his research work and his critics.

Q: You won the race to sequence the genome. Do you think you'll win the race to commercialize algae as biofuel?

A: Just as I always said, it really wasn’t a “race” to sequence the human genome, but rather a race to the starting line of new knowledge and new beginning of understanding. It is even more so the case with algae biofuel development. There are indeed many companies and academic labs, including a concentration here in San Diego and around the world, working on developing cost-effective and scalable algae biofuels. And over the last 50 years there have been companies, governments and academic labs looking into using algae as a fuel source, without much success. Producing billions of gallons of fuel in a cost-effective manner from algae is not an easy problem to solve, and little progress has been made over what was possible 50 years ago. It is going to take a lot of basic research and a large number of genetic changes in algae to be successful.

Q: How is Synthetic Genomics Inc. and ExxonMobil's approach to algae different from the rest of the industry?

A: I think the main difference in the Exxon/SGI program is what we’ve said from the beginning of realizing this is a long and difficult problem to solve, and we don’t see easy answers coming in very short time frames. We also believe that the SGI technology offers some unique advantages on this front, but we’re working hard to see what is possible with our advances in synthetic genomics.

We believe that our technology could be used to create some unique food and nutritional products from algae. We have 9 billion people on the planet now, so new, efficient and nutritionally sound food sources are going to be even more important for our society. We believe this program is one of our most important at SGI, and we’ll be making more announcements on this front in the coming months.

Q: It's a big leap from flunking high school to becoming a top-notch scientist and serial innovator who is featured on Time's most influential people list. How did that happen?

A: I didn’t actually flunk. I almost did. I was, however, a lackluster student because school and the style of teaching and learning — rote memorization of facts presented in a bland style — just didn’t appeal to me. It didn’t hold my attention. I guess I might now be categorized as having ADD, but back then, of course, you either made it in the system or you didn’t. So I was always more fascinated with being out in nature exploring or building boats and racing cars, or other things that were more tactile and immediately gratifying for me.

What changed my whole life was being drafted into the Vietnam War in 1965. I was a Navy hospital corpsman, and I learned that knowledge could be the difference between life and death. I learned I was good at medicine, and I was excited about learning for the first time. When I got out of Vietnam and the Navy, I was very motivated to get an education.

While I thought I would go into medicine, I was exposed to world-class research here at UCSD. I realized that what I had a passion for was basic scientific research. I was fortunate enough to work with top-notch researchers at UCSD, most especially my mentor, the late Nate Kaplan. Working with him changed my life and helped make me the scientist I am today.

Q. What was your main takeaway after the voyage on the Sorcerer II?

A: The Sorcerer II Expedition, which is funded now by Life Technologies (Nasdaq: LIFE) and the Beyster Family Foundation, is still ongoing, so we’re still analyzing data and important new information from this voyage. The biggest message from the earliest data is that the oceans are filled with much more diverse microbial life than anyone ever knew or expected. Expedition scientists have taken samples of 400 liters of seawater every 200 miles around the globe. We see major genetic diversity from one sample to the next, in every environment we've been in — from open ocean samples to shore mangroves to inland lakes, etc. To date, the Sorcerer has logged more than 65,000 nautical miles collecting 522 samples from 33 countries and international waters.

We have discovered more than 60 million new genes, which accounts for more than 90 percent of genes known so far to science. In 2009-2010, the expedition sampled in the Baltic, Mediterranean and Black seas. We hope to tackle South America in the next year and are seeking funding, securing permits, exploring collaborations to do this next leg of the journey.

Q: For your fans, you're a larger than life figure. But there are others with ruffled feathers who seem either miffed at being overshadowed or simply don't like messing with nature. What message would you give your detractors?

A: I realize that life is short and everyone has an obligation to do what he or she can with his or her skills to leave the world a better place. I’m trying to do that and so offer no apologies for this. I guess if you aren’t ruffling some feathers then you aren’t really making an impact, so I suppose I believe that some ruffled feathers are OK.

Q: You've worked on both coasts. How would you describe the research landscape in San Diego? What here is the most appealing factor for you?

A: I still work on both coasts, and both offer many benefits. I guess I would harken back to what I said earlier about UCSD and my experiences in my early academic career as to what is most appealing to this area — it has been, and continues to be, a very collaborative, collegial environment.

This extremely positive experience and the collaborative spirit that this region embodies were driving factors for me coming back here to La Jolla and setting up the California campus of the Venter Institute, as well as my company, SGI.

There is also a very rich mix of both high-level academic research and biotech in a relatively small environment, making it easy to interact across all these areas. San Diego is also a great place to live and work.

Q. What do you think is or will be your single biggest contribution to science?

A: While most might think my sequencing of the human genome is the answer, I think that creating the first synthetic life form points us in a direction that could permit human society to exist and thrive for a very long time.