By PADMA NAGAPPAN, Special to The Daily Transcript
Friday, April 20, 2012

“Do you consult your dentist about your heart condition?”

With those memorable words, Richard Somerville, a climate scientist and theoretical meteorologist with the Scripps Institution of Oceanography at University of California, San Diego, began a pointed rebuttal published in February in The Wall Street Journal.

The newspaper had run an op-ed earlier in the year authored by people who opposed the key findings of global warming. Somerville and 37 climate scientists from around the world responded in unison, refuting the naysayers who denied that climate change was happening.

On Wednesday, he and another well-known colleague from Scripps, V. Ramanathan, shared the stage with the Dalai Lama — the Tibetan spiritual leader with a worldwide following — at UCSD, highlighting the challenges with global warming and the need for immediate action.

A distinguished professor emeritus who officially retired in 2007, Somerville was a professor at UCSD for 28 years and remains active with research projects and spearheads communication efforts aimed at explaining global warming. 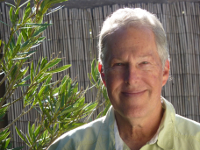 He was one of the organizers of the Bali Declaration by Climate Scientists in 2007, which infused the United Nations climate negotiations with quantitative scientific arguments.

He was also a coordinating lead author of a report by the Intergovernmental Panel on Climate Change in 2007, the year the IPCC shared the Nobel Peace Prize with former Vice President Al Gore.

Colleagues who have known Somerville for years describe him as a gentle, calm, sober individual.

"He's the kind of person whose calm logic demands that you listen to him,” said Tony Haymet, scientist and director at Scripps and co-founder of CleanTECH San Diego.

“Though it's obvious he has a great passion for research and for educating the public on the largest social issue of our time, he is classy and gracious, rather than argumentative and confrontational.”

Haymet and Somerville have worked together to help U.N. negotiators understand what scientists know about global warming.

"Richard has never needed to stoop to the level of some science detractors to get his point across, despite their less than honorable attempts to drag him into false debates about our understanding of climate change,” Haymet said. “His impact on climate change research has been enormous over the years.”

Originally from Washington, D.C., Somerville said a book he read when he was 10 years old, Everyday Weather and How it Works, had such an impact on him that he knew from then on that he wanted to be a meteorologist.

While he graduated with a bachelor's degree in meteorology from the Pennsylvania State University, he also worked summers for the Weather Bureau, plotting weather maps based on reports that came in on teletype.

He went on to New York University, where he acquired a Ph.D. in meteorology in 1966, then had stints at different universities. He went back to NYU to pick up math skills he considered critical for computer simulations, which were becoming an essential part of his work.

Somerville was the first atmospheric science professor to be hired by Scripps in 1979. The institute had research staff involved in weather predictions and modeling, but there were no academic programs offered back then.

"I very much wanted to start up an academic program in the field and told them I wouldn't come unless I could teach the science," Somerville said.

Today, Scripps covers all of the Earth sciences in its programs, and Somerville considers it one of the best in the country.

"Scripps is a fantastic place, and I've been blissfully happy here. It's filled with the cream of the crop. The reason none of us ever leave is because it's an intellectual paradise," he said.

He taught theory and modeling, using computer simulations to show how clouds behave and their impact on our weather. He worked on improving the modeling, starting off with crude ones and turning them into sophisticated, realistic models.

"You can't compress a star or the Earth into a test tube. So for fields like this, you are reduced to observing,” Somerville explained. “You can make measurements, you can simulate, which is what computer modeling is about. It's complex, it requires tens of thousands of lines of code, it brings a super computer to its knees and, by the way, that's how weather forecasting is done.”

In his classes, he would try to give his graduate students a taste of the real world of scientific research, asking them to research what was happening to sea ice in the Arctic and then write a paper, which would then be reviewed by “peers” — other students and Somerville.

"Students got to learn how review works, what to do when an editor rejects our analysis and how to give talks just like scientists do," he said.

He tried to be the kind of teacher who did not force-feed students a lot of facts, instead helping them grasp concepts through research.

In his initial years, like other professors, he focused on research funding and writing proposals for NASA, among other organizations. Later, he focused more on climate research and policy.

His book, The Forgiving Air: Understanding Environmental Change, came out of a summer course he taught, educating high school teachers on the subject. The revised second edition was published in 2008.

Writing the book got Somerville started on the idea of communicating about the science and policy process to the public, to media and policymakers.

Along with several others, he co-authored a paper published in the journal Science in 2007, pointing out that predictions they had made about sea levels rising and global warming were already coming true.

It's often hard for scientists to break down complex facts in such a way that lay people understand it, but Somerville has a talent for doing just that.

"Making the science intelligible without dumbing it down, that's the challenge in communicating," he said.

He compared global warming to cholesterol, pointing out how there is no one perfect level, but if your cholesterol goes up, so does your risk of a heart attack.

Similarly, a temperature change of two degrees Celsius can have an impact on our environment, so it's important to reduce emissions and wean the world off fossil fuels and capture or eliminate carbon dioxide, he said.

"Unless we turn it around in a few years, we are sentencing our children and grandchildren to climate changes that will become intolerable," he said.

"The writing on the wall is very clear — if you start reducing now, you can do it gradually and allow emissions to taper off. If you wait 10 years, they'll have to taper off more rapidly."