2014 set to be turnaround year for small biz lending 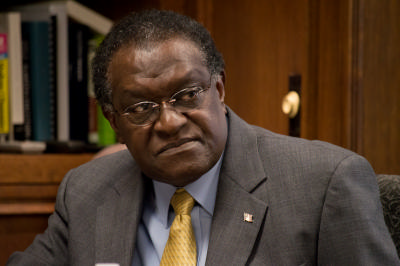 The consensus among small-business lenders of varying size, scope and sector was unanimous at a recent executive roundtable at The Daily Transcript: 2014 will be a bounce-back year, and in a big way.

“We’ve been seeing with a lot of our clients over the last couple years, that they had slowed down, they weren’t making big capital outlays, but now they’re all seeing increased profitability,” said Jim Burke, audit director at McGladrey.

“We’re seeing revenue growth, but most exciting is in the last year we’ve been seeing a lot more deals again, so a lot of our clients have been bought or are selling, and for the longest time it just seemed like that had dried up.”

Phil Gibbs, vice president and manager at City National Bank, agreed that 2014 will be the year the lending environment rounds the curve from the recession, but said he thinks it has to do with a cultural shift, as well as an uptick in the financials.

“It’s very interesting because we saw companies’ balance sheets and P and L’s start improving in ’12 and ’13, but I felt like in 2013, culturally, people weren’t ready to get active to expand their business,” Gibbs said.

“So while they may be creditworthy, they weren’t there, they weren’t ready, they didn’t have an appetite for borrowing. So 2013 was kind of a transition year, at least what I see on a day-to-day basis, and I’ve seen people as soon as 2014 came around, have started getting more growth-oriented and not as debt-averse as they have in the past, so we’re certainly seeing an appetite in that very small business space pick up,” he said.

Part of the reason for that cultural aversion may stem from a lack of education and small businesses taking loans that weren’t best suited to their needs, which many at the roundtable said is an area that needs improvement. For his part, Gibbs estimated that 70 percent of small businesses are badly financed.

“I think that’s the importance of being able to provide seminars, workshops and accessible education out there about what the realistic expectations are in terms of financing, and more importantly, how to prepare for that opportunity,” said Valery Belloso, business development officer at Accion San Diego.

“Working with individuals, like others who are here in the room, to help them really prepare for that and really be positioned to be able to get whatever type of financing that it is that they’ll need for their growth,” she said.

A particular area of educational concern for Robert Villarreal, senior vice president at CDC Small Business Finance, surrounds the torrent of online loan companies, offering what appears to be quick and easy cash, but at a monumental price.

“What’s keeping me up at night is the explosion, not the growth. It’s the explosion of online lending,” Villarreal said. “Our loan top rate is about 8.5 or 9 percent and it’s going to take you 30 to 60 days to get your money.

"But you can go online, put in about 15 minutes of information, you get a decision like that — and some of them within 48 or 72 hours — they directly deposit the money into your bank account.

"You do the math and you’re paying anywhere between 35 and 49 percent interest rate on those funds, so it goes back to what Marty [Lorenzo] and Valery said about education and educating our small business borrowers. Yeah you’ve got that money quick and it was easy, but it’s killing you,” he said.

Lorenzo, member at Mintz Levin, said the company is putting together an educational series on entrepreneurism and how to grow a business for one of the region’s most vital yet untapped assets, whom he said should play a large role in the small business community: veterans.

“We have a great benefit and resource of military veterans who are trained to do technical skills, have leadership ability, etc., in San Diego, and just like Kurt was talking about, we have companies that get bought and relocate," Lorenzo said. "If we’re able to keep those veterans here in San Diego and grow businesses, create more jobs through that resource, the San Diego economy will benefit from that."

Wickham, managing director at W Partners, brought up the thorn in San Diego’s side, namely the seemingly continuous phenomenon of local companies starting and growing here, then getting bought and relocating.

Though he and others said this trend has slowed in recent years with entrepreneurs taking it upon themselves to ensure their companies stay local (ecoATM, for example), more could still be done to keep startups in San Diego.

Some of these sectors that are growing locally, based on companies inquiring about financing, are the craft beer industry and small fitness businesses in the Pilates, barre and cycling space, to name a few.

Back on the lending front, Marvin Groner, senior vice president and chief credit officer at California Southern, said he’s noticed that while the number of deals his organization has received has been stable, the amount applied for has dropped.

“Those that are applying now are not quite applying for as large of a deal for what they want to do," Groner said. "It’s those that maybe have come out of the recession period, are not necessarily the big guys with a big deal, they just want some small working capital for a little bit of equipment to expand a little bit or meet a contract, so their demand is not quite as much as it was, say, last year."

This turnaround in the market is good news, not just for lenders, but for those seeking capital, as well. Gibbs went so far as to say that many of the major banks are “flush with deposits” that they have to get working for them, “so [they’re] incented to get money on the marketplace.”

“I think there’s been a tremendous amount of deal flow, a lot of businesses in the market looking for bank financing,” Temko said.

“And in the past, say they’ve come to a national bank like Wells Fargo, and their 2011s and 2012s look good, but we’re waiting for their 2013s, because they’re expecting a real tremendous bump and they’re going to say, ‘Hey, when we file these 2013s we're going to be back in and we’re looking for what we were talking about before.’ So we’re seeing a lot of that, and I think it’s good. I think we’re going to have a very active year.”