On Oct. 8, 2013, a lone arsonist broke into and set fire to Santa Sophia Catholic Church in Spring Valley. Although the blaze caused about $200,000 in damage, the church would surely have burned to the ground had it not been for a lone smoke detector installed by CLS Security Electronics (clselectronics.com), which since 1993 has offered a wide range of security and home entertainment solutions for its business and residential customers throughout San Diego.

“The guy came in and, I guess, was trying to light the cross on fire and the smoke detector alerted (the fire department) and they were able to put it out quickly. In all the years of doing this, it was quite an interesting experience,” said CLS owner Dan Dorgan, who was deeply grateful to have received a heartfelt, handmade thank-you note signed by hundreds of the church's congregants.

The arsonist was arrested and convicted, the church was salvaged and, as Dorgan said, “We ended up putting a whole new fire alarm system in for them, which was a positive.”

CLS is headquartered at 7940 Silverton Ave., Ste. 111 in the Miramar area, after spending about 20 years in Kearny Mesa. Dorgan said almost all of CLS's business comes from word-of-mouth advertising. 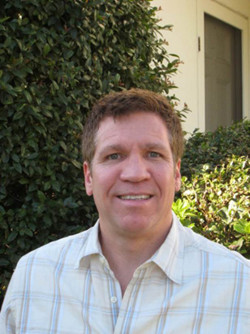 “You know, we made it through the recession and really having our loyal customers stay with us has really helped us,” said Dorgan, who has noticed that his customers are increasingly interested in state-of-the-art electronic security systems for their homes and businesses.

“But we're so diversified. We do fire alarms, we do video surveillance, we do fire and security, we do telephone entry, we do sound systems and we do home theater systems,” Dorgan said. “We'll put in phone and data wiring for offices and then put in a patch panel and we can wire for TV. We even do apartment intercom systems, or even residential intercoms, which not a lot of companies do anymore.”

Dorgan, a native of Michigan who attended Michigan State University, initially came to San Diego in 1982 to visit a former college roommate. As have many others, Dorgan fell in love with San Diego and returned here to start a career with Honeywell shortly after earning his degree in marketing from the University of Dayton in 1986.

“We were doing a lot of card-access systems and I was selling a lot of those systems. We were using a locksmith out of Miramar and it was CLS Commercial Lock and Safe,” Dorgan said. “And he said, 'Hey, why don't you just come to work for me?' And so, in 1990, I did.” 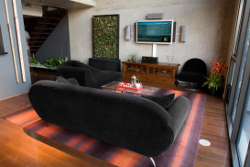 Dorgan and his locksmith partner (now retired) ended up getting a contract as the authorized installer of home security systems for the dozen Home Depot stores in San Diego County at the time.

“That lasted a couple-three years and then Home Depot pulled all their programs back. But that's kind of how we got our start,” Dorgan said. “We've done close to about 5,000 installs since we started the company in 1993.”

Among them was the recent installation of a sound system for an entire shopping mall near the international border in southern San Diego County. Dorgan uses specially trained crews to handle the complex installation of the systems he sells; he does not personally do any installations.

“But I (did) when we started. Our first job, we did a ‘Top Gun’ intercom system, about a $15,000 intercom system and I was actually out there pulling wires,” Dorgan said. “It was during the first Gulf War and it was on the base here at Miramar and I was out there pulling some of these heavy wires. Very funny and a great job. It was interesting because they were doing all these sorties. They were in the middle of a war.”

Figuratively speaking, it might be said that Dorgan and CLS Security Electronics systems are today helping businesses and homeowners wage war against unwanted intruders of all kinds.

“The monitoring of our alarm systems is done locally in Poway. Central Monitoring Services does all of the monitoring, and has since we started,” Dorgan said. “I think people like working with us just because we are a small, local company. [Our customers] are supporting local business. We're always available to help people and we just try to do the best job we can [for] our customers.”