By Jennifer Chung Klam, Special to The Daily Transcript
Wednesday, May 20, 2015

In 2009, Bob Leone sold his successful technology and services consulting business to Xerox and could have retired. But Xerox asked him to stay on, and he did, for two reasons:

“I’m very passionate about the people,” said the 64-year-old president and founder of MRC Smart Technology Solutions. “That’s the No. 1 reason I still run this company -- to create an atmosphere of success so that our people can move their lives forward. The second reason is to contribute to the community. I want to use our company as a model for corporate America. We have a high social responsibility.”

After 43 years in the business, Leone said he still loves what he does.

The head of MRC started his career as a sales representative with Xerox (NYSE: XRX), and worked his way up to regional manager. In 1994, Leone left to start his own company, then called Mr. Copy. He was the sole employee. 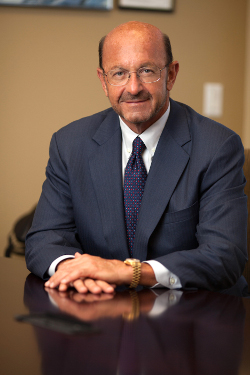 “Between 2009 and last year, revenues doubled,” Leone said. “My standard joke to the executives is I want to buy the company back. But I’m very thankful I was able to sell the company. I work because I want to work, not because I have to.”

MRC offers imaging and printing, digital imaging, digital storage, document management, document recovery, document routing and archiving solutions. Using proprietary mapping software, MRC will assess a company’s office systems and assets. It then analyzes the information and determines how those assets are used and how they can be more efficient.

Being tied to a $20 billion corporate giant such as Xerox has its advantages. MRC uses Xerox’s nationwide infrastructure to help serve its clients across the country, but it is locally operated and decisions are made in-house. This flat structure means MRC can remain nimble.

By 2017, MRC plans to grow to $100 million in revenue and 450 employees. With growth will come the need for more managers, and Leone said he’ll be looking to fill some 20 management positions in the next two years. Since he likes to groom leaders from within, Leone sees the continued development of employees as one of the company’s biggest challenges.

MRC takes a holistic approach to employees’ success. More than just making a living, Leone said, he wants his workers to enjoy great health and strong relationships, and to make valuable contributions to the community.

The company offers in-house yoga and a personal development program aimed at creating well-rounded, happier, healthier people. It also gives four employees each year the opportunity to work with a charity of their choice for a week while receiving their regular salary.

The company also partners with Channel 10 on an annual contest that provides a $25,000 technology makeover to a nonprofit. Last year, 65 organizations applied. The contest, Leone said, brings greater awareness to nonprofits.

Leone’s platform, as he called it, is: lead, serve and love. And part of his role as leader is to create an atmosphere where employees can’t wait to go to work, he said.

“The biggest thing is to make sure they understand that you care about them,” he said. “And then, training and development. We’re helping people understand what their goals are, and helping them accomplish those goals.”