With nearly half of 2012 behind us, the San Diego retail market has been defined by slow, organic improvements. While not dramatic, these improvements will continue to augment activity in the retail segment as market fundamentals slowly continue to strengthen and realign themselves after the financial crisis. Small, but positive changes in unemployment and consumer confidence have been especially instrumental in supporting the retail market. As these indicators continue to improve, expect to see the retail recovery accelerate in the second half of 2012.

Leasing has picked up countywide with the higher income areas seeing the most activity and rent stability. Properties in secondary markets or unanchored centers are still challenged, and landlords continue to offer incentives to fill space. Overall vacancy, including available sublease space, decreased to 6.4 percent in the second half of 2011 with further decreases to 5.7 percent expected in 2012. This is still off from the peak low of 3.7 percent recorded in the second half of 2007, prior to the start of the recession. With a lack of new retail development in recent years, demand will begin to eclipse supply, and vacancy rates in San Diego County will continue to improve. We expect a rent spike in the next few years due to lack of available space, especially in key submarkets like La Jolla, Del Mar and Mission Valley, where vacancy rates are already down in the 1.0 to 3.2 percent range.

The most significant of these is the revitalization and expansion of the Westfield UTC mall, which will include an expanded 24-Hour Fitness Super Sport, an ArcLight Theatre, and tens-of-thousands of square feet in additional retail space. Other significant projects slated for development in the near future include Sudberry Properties’ 185,000-square-foot Palomar Airport Commons in Carlsbad, and Property Development Centers' planned 265,000-square-foot La Costa Town Square project. With a lack of vacant land available for retail development, developers will have to create land opportunities through the recycling of obsolete properties. More and more mixed-use development opportunities are being explored by developers, with the focus primarily on urban environments. 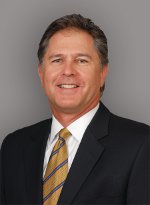 On the investment side, San Diego is one of the most desirable areas in the nation for capital seeking stable returns. A combination of the coastal location, young and wealthy demographics, and a healthy tourism industry make San Diego a popular destination for both national tenants and institutional investors looking for anchored retail centers.

Lack of quality investment properties coming to the market has driven cap rates down to the low five percent range and, in some instances, below five percent for first-class anchored retail properties. Notable sale transactions thus far in 2012 include the $24-million sale of Glasshouse Square on Sports Arena Boulevard to Multitech Properties Inc.; the $23.5-million sale of La Costa Town Center to Excel Trust, Inc.; and the $19.55-million sale of Old Grove Marketplace in Oceanside to Gerrity Group. As long as there is a lack of construction and significant demand for anchored centers with national tenants in San Diego, expect to continue to see suppressed cap rates in institutional investment grade properties.

-Submitted by Bruce Schiff. Schiff is the managing director of retail investments at Cassidy Turley San Diego. He can be reached at 760-4310-4207 or bruce.schiff@cassidyturley.com.
User Response
0 UserComments