NorthMarq profits through downturn, set to have a ‘very good year’ 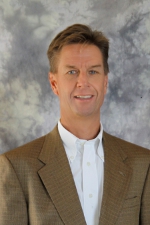 Eric Flyckt was one of those employees.

“That started in the credit markets in the later half of 2007. And by the early part of 2009, when our whole team was at Capmark, we could see that Capmark probably wasn’t going to survive.”

Capmark acted as an aggressive lender in 2006 and 2007 when the market was hot, said Flyckt, and made a lot of short-term loans that were based upon values that were at the peak of the market.

“When the recession hit, vacancies started to climb, rents decreased, values decreased and all of a sudden, many of Capmark’s borrowers couldn’t make their mortgage payments,” Flyckt said. “They couldn’t refinance because they couldn’t secure a new loan to replace the Capmark loan. Capmark started taking huge losses.”

The company’s San Diego office was still successful and did more than $1 billion in financing in 2007, but Flyckt said things “dropped off dramatically” in 2008 and 2009.

“We could see the company was starting to crumble,” he added. And in 2009, Capmark filed for bankruptcy.

NorthMarq is the largest privately-held commercial real estate financial intermediary in the United States, according to Flyckt. The company arranges debt and joint venture equity for multifamily, office, retail industrial, hotel, health care and other income-producing properties. Some of the local clients include Fairfield Residential, Sudbury Properties and Davlyn Investments.

“NorthMarq is a much more financially conservative company in terms of the way they operate their business, maintain a healthy balance sheet and have very little debt,” Flyckt said. “No offices were closed during that period of time at NorthMarq. Expenses were watched very carefully. The market was really challenged in 2009 — the commercial real estate market. And yet, NorthMarq saw opportunity with Capmark collapsing to absorb several of Capmark’s production people and five of their offices.”

NorthMarq had been heavily weighted on the East Coast, and was able to expand its presence on the West Coast with the addition of Capmark’s offices.

“I think that speaks greatly to NorthMarq seeing an opportunity during difficult times to bring on some top production people in different parts of the country,” Flyckt said.

The employees brought about a dozen life companies to San Diego’s NorthMarq office, allowing it to build a relatively large portfolio within a few months of opening. NorthMarq was profitable throughout the recession and had a “very good year” last year, Flyckt said.

“We did $8.5 billion of production in 2011 and we’re on track to surpass that this year,” Flyckt said. “While we’re conservative in terms of how we manage our finances, we’re an aggressive, ambitious company in terms of always looking to do more deals, increase our production, and do higher volume than we did the year before.”

The low interest rates have helped NorthMarq’s business, according to Flyckt, and while there are still markets with high vacancy rates, there has been improvement in the last year or two.

The CMBS market “really exploded” in the early 2000s and up until 2007, but took a huge hit in the recession, according to Flyckt.

“In essence, the CMBS lenders were largely out of the market and not making any loans until basically last year,” said Flyckt, which he added is a sign of things getting better.

Through the years, NorthMarq’s client profile hasn’t changed dramatically, Some clients have always been conservative buyers and survived the recession, while others were more aggressive and leveraged their properties to the maximum. Many of those buyers lost their properties to lenders through foreclosure, Flyckt said.

“Many people believe that the multifamily division could be spun off away from the single family divisions at both Fannie Mae and Freddie Mac,” said Flyckt said. “It’s too early to tell exactly what’s going to happen there, but something likely will within the next couple years.”