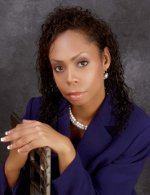 Lattimore has bachelor’s degrees in education and social work, and an M.B.A. in public policy and administration. She began her career as a teacher in the most challenging school districts in New York, by choice. “I always felt that children in dire communities needed the best teachers, and I was one of the best,” she said. Lattimore went on to administrate educational and human service agencies, both public and private, for more than a decade.

Lattimore has been lauded for her community commitment, as well as her business acumen. In addition to the numerous prestigious awards and accolades her company has won — which include the 2009 Best in Business Award, 2008 SBA Business Person of the Year Award, 2007 SBA Woman Owned Business of the Year, 2005 Construction Company of the Year Award by USC, 2004 SBA Business of the Year Award, 2003 Supplier of the Year award by Sempra Energy and 2003 Living History Maker Entrepreneur Award by Wells Fargo — Lattimore has been awarded Executive Business Management scholarships sponsored by the U.S. Small Business Administration to the University of Alaska, and the National Minority Supplier Business Development Council to Northwestern University, Chicago.

Accurate Engineering and Lattimore have been featured in 15 publications, including the covers of the National Business Advisor Magazine and the San Diego Business Journal.

Keeping her educational roots never far way, Lattimore has maintained a partnership in education relationship with the San Diego Unified School District since 1998, and is working on a plan to provide supplemental extended child care for district and military children and families. In addition, Accurate Engineering's academic internship programs are approved for credit units by local colleges and universities. Accurate Engineering is also a state of California-approved Apprenticeship Training Site.