2012 Women in Business Champion of the Year 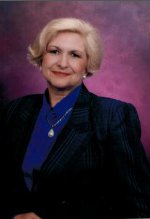 Rebecca Llewellyn grew up on a small cotton farm in the fertile but arid West Texas panhandle. Those years molded her with hard work, harsh weather and caring for the community. Llewellyn never had to “find herself.” She knew who she was, and this beginning has served her well through life.

Working to pay for college, getting married, becoming a mother to four children and buying a construction company has led to a full life. Yet there has always been time to help those who need a hand.

Llewellyn believes in serving on boards, commissions and committees to help change issues that impede small women-owned businesses. What she wants most of all is for other young women to become involved in all processes of government, and actively support legislation or regulatory action that is designed to help small businesses.

Llewellyn always believes in giving back to the world and to work for the good of the whole. She always encourages young women to blaze any trail and believes they can become whatever they wish. Women in the United States must illuminate the way for all women of the world to have the opportunity we have in America.

She has helped dispel the “illusion of inclusion” for women in this country. For the past 35 years, Llewellyn has been an advocate for women-owned businesses and has helped hundreds of women pursue their dream of owning and operating a profitable business. She has traveled to Washington, D.C. many times to advocate for women-owned businesses, and donates a considerable amount of time speaking to women’s organizations.