There's a well established manufacturing base in San Diego, with contract manufacturers that supply not just local companies but also national customers across a broad spectrum of industries, including electronics, medical, consumer and industrial products.

Yet, when entrepreneurs and companies get ready to make their product, the first thing they do is travel far looking for suppliers.

Camille Saltman, president of Connect, a catalyst that has helped grow more than 3,000 businesses in the region, made a strong case for near-sourcing production and the increasing economic sense it now makes.

Connect is launching a “Look Near First” initiative this week that will bring together suppliers and companies looking for alternative production sources.

Saltman is not alone in pushing the agenda. Nationally, there's been a revival within the manufacturing industry to scale back on offshoring, and the trend has shifted to reshoring — boosting both local jobs and production.

The trend is partly a result of wages that remained stagnant in the United States while they've been rising steadily in China and the rest of Asia. The tax breaks and incentives offered by U.S. states to bring back jobs also help.

Given this, in addition to the time, travel, logistics and shipping costs, there may not be enough of a cost advantage to make the hassles of offshoring worthwhile — at least for the items that are not labor-intensive and sell for more than a few dollars. 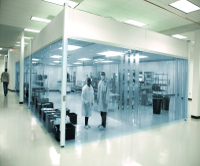 Connect offers workshops that get the message across about the advantages of near-sourcing, including being able to easily work with your supplier on design, getting quick turn-around, protecting your intellectual property and preventing knock-offs.

Joining Connect in the initiative are regional economic development corporations (EDC) which would like to increase local manufacturing and bring back jobs as a way to jump start the economy.

But the region has been shedding manufacturing jobs steadily, down from 124,000 during the peak period in 1998 to the present 91,900 jobs, which represents 7.2 percent of the total jobs.

Many of the jobs lost in the last decade have been due to the offshoring of computer parts and electronic components, aside from the slowing of the economy.

"Manufacturing has fallen for 10 of the last 11 years. We are suffering like other places,” said Alan Gin, an economist and professor at the University of San Diego. “Nationally, there's been a revival in auto, chemicals, etcetera, but we're more into high-tech, so we haven't seen a rebound like in other parts of the country.”

However, Gin has observed a major change: “There's a greater national presence than in the 1990s in terms of markets that local companies serve. We're seeing more San Diego companies doing business nationwide," he said.

Near-sourcing is starting to catch on, but manufacturing has not picked up, according to Gin. The region lost 1,600 manufacturing jobs in June, at a time when there has been a revival in other states.

High-tech jobs have the strongest potential for making a rebound in San Diego, even though it's been lagging recently. With the efforts being made by the regional EDCs and Connect, biotech manufacturing may also pick up, Gin said.

Contract manufacturers like Outsource Manufacturing have actually witnessed high growth through the Great Recession, from 2008 through 2010.

"We're seeing opportunity now, in the last year, to grow bigger. We're positioned to be twice as big as we are if need be," said Ted Fogliani, CEO of Outsource.

The company makes high-tech products like GPS and cell phone tracking devices, controls for heating, ventilation and air conditioning systems, and electronic displays and control boards for the military.

Fogliani's company has a 50,000-square-foot facility with less than 100 employees, and is one of the top three contract manufacturers in San Diego.

It has weathered the ups and downs by staying one step ahead of the customer and being innovative.

"We don't have the same customers we had 10 years ago. Being a manufacturer in San Diego or California is not easy. How we lean on our supply chain, how we work with our customers, it takes a combination of factors," Fogliani said.

Like Saltman, he emphasized the point that many local companies have no idea that they can get competitive quotations from suppliers right here in San Diego.

"As an industry, we don't do a very good job of letting people know we're all here,” Fogliani said. “We're so locked into keeping up. But none of us win if they go to China, or elsewhere."

Fogliani tries to get as close to Chinese prices as he can while still making money.

He said this is possible with products that are not labor intensive. Typically, a lot of products involve 75 percent labor and 25 percent technology. But if the material content is higher and labor input lower, then matching Chinese prices is a distinct possibility, when you factor in the other costs involved in offshoring.

"Quote us. We've proven we can touch Chinese and Mexican prices, so try quoting us," Fogliani said.