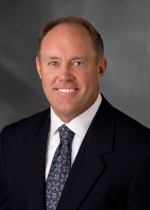 Nixon has more than 22 years of banking and finance experience, having served in various executive positions with Bank of America, Bay Area Development Co. and California Bank & Trust. Prior to his current role, Nixon managed California Bank & Trust’s business banking division in California. As San Diego division president, Nixon oversees all banking activities in San Diego and Riverside counties — which includes more than 30 offices, real estate banking, private banking, small business banking and commercial banking, as well as the U.S. Small Business Administration division and small business loan center for the bank in California. He is a member of the bank’s board of directors, executive management committee and the asset and liability committee.

Nixon has lived in and been actively involved in the San Diego community for most of the past 27 years. He is on the board of directors for the Economic Development Corp., San Diego Sports Commission, CDC Small Business Finance and is a member of San Diego State University’s Athletic Directors Cabinet. He is also on the board of directors of the Bay Area Development Co., a real estate finance company in Walnut Creek, Calif.

Nixon received his B.S. in business administration from San Diego State University. He is a graduate of Pacific Coast Banking School and of San Diego’s Leadership Education Awareness Development (LEAD) program. He lives in Scripps Ranch with his wife Michelle, two sons and three step-children.

About California Bank & Trust: CB&T has nearly $11 billion in assets, more than 100 branches statewide and is a subsidiary of Zions Bancorporation (Nasdaq: ZION). CB&T, voted the “Best Bank in San Diego” by the UT-San Diego’s reader’s poll two years in a row, provides financial solutions for businesses and individuals that include commercial as well as small-business lending, cash management, international banking, wealth management and online banking. Learn more at calbanktrust.com.