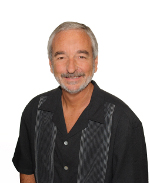 With an impressive portfolio of restoration projects, general contractor Michael Mihos has earned his nickname, the “building doctor.”

He began working on restoring buildings in the Gaslamp Quarter back when the district was still an eyesore, and over the course of 30 years has worked on projects across San Diego County.

Born into a construction family in Orange County, with four brothers who were in the same line of work, Mihos grew up working summers in construction. He moved up from yardman to laborer and then became a journeyman carpenter, eventually getting his general contractor's license in 1982.

One of his restaurant clients was looking to expand down south and brought him to San Diego in the 1980s to work on a new eatery in the Gaslamp Quarter, the Golden Lion Tavern. This immediately led to other projects and kept him busy.

"With that in my portfolio, when rehab development just began to take off, I was in the right spot to take advantage of it,” Mihos said. “Now, I've done or been involved in about 45 restoration projects in the county."

“It was in a big dark cloud, as was all of downtown,” he recalled. “No one wanted to go downtown, it had been neglected for 40 years or so.”

Most buildings in the Gaslamp Quarter had basements and upper floors that had been empty for decades. When Mihos and others began working on restoring and redeveloping the area, progress was slow.

It kept contractors like him busy through the 1980s and early '90s, but it took a while before people starting going there for dining and entertainment. He remembered how most of the news stories in the media had negative connotations, leading to cautiousness from the public in frequenting the area.

Public perception took a while to change before downtown San Diego became a thriving hub for dining, entertainment and tourism.

"The Gaslamp just boomed during a 10-year period. It was fantastic," he said. During the peak years, his company did about $6 million in business a year and employed 60 people, although things have slowed down now.

The downtown projects led to other work, such as building custom houses for clients who wanted craftsman-style homes or homes modeled along the lines of period architecture.

Through three recessions, Mihos has worked on historic homes, restaurants, new construction, remodels and government projects — going where the work was during lean times, and picking and choosing his projects during the boom years.

"I've been so fortunate, I've done everything in my career and when it comes to restoration, I'm knowledgeable,” he said.

Among his notable historic projects include the Colonel Fletcher Building on Sixth Avenue and Broadway, now converted into 24 luxury condominium and office lofts, which he completed five years ago.

"I am in a different league, not like the big companies in government work,” he said. “I do $1 million to $4 million projects, that's my range. The highest has been the Fletcher building, which was $5 million."

One of the projects that stands out in his career is the Lawyers' Building on Fourth Avenue and E Street, which today looks completely different from its previous condition.

The Horton Grand Hotel is another favorite for Mihos, who worked on the exterior façade. Today's Horton Plaza stands where the Grand Horton and Saddlery Hotel used to be.

They were torn down, but all the intricate woodwork, cabinetry, antiques and even the bay windows were carefully dismantled and stored in a warehouse, and Mihos was asked to reinstall them in the rebuilt hotel.

He also worked on projects that came his way from unusual quarters, such as when Shea Homes asked him to restore a historic home in the middle of one of its new home subdivisions. He worked on the structure, which became the community center for the new development.

Recent projects include the Slater’s 50/50 - Burgers by Design restaurant, housed in a historic building in Liberty Station.

Mihos is consulting on several projects and working on property he owns in Barrio Logan, two side-by-side 7,000-square-foot lofts. But he's cautious about building them on spec in this market, and thinks that Barrio Logan is about 10 years away from active redevelopment, when people will begin buying there.

Compared to the two recessions before, Mihos said this cycle has been the worst, with money drying up in both private and government work.

"Barrio Logan, along with parts of East Village, will be the areas that take off when the economy bounces back. It's a different world from when I started."