By TONY LOVITT, Special to The Daily Transcript
Thursday, October 25, 2012

Former classmates in graduate school at Stanford University, Dennis, 41, and Kunczynski, 40, are the CEO and President, respectively, of the firm they founded in 1999. Thirteen years later, both their friendship and their business are still flourishing.

Dennis was raised in Central America, as the child of missionaries. Kunczynski, who comes from a family of entrepreneurs in the ski business, is from the Lake Tahoe area. They became friends at Stanford, but went separate ways immediately after graduation.

"Oddly enough, we ended up sitting across the aisle from each other, developing printer cartridges and printers at HP (Hewlett Packard). And that's where we took our friendship and started talking about doing things outside of the (HP) world and launching into our own business," Kunczynski said. 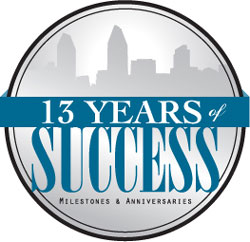 Today, DNA sequencers; high-speed printers (most notably for Memjet, the world's fastest printers); machines that vend refurbished small electronics (for Coinstar); complex, reverse-vending kiosks (for eco-ATM) that pay users to recycle a cell phone; medical devices that are helping people walk again; HIV detection devices; equipment installed aboard military combatants; and many more products and technologies all emanate from the creative and innovative professionals of D&K Engineering. From what started as a two-person operation, the firm now employs 250 at its four-building headquarters campus in Rancho Bernardo and another 200 at its manufacturing facility in Singapore.

It was while they were working at HP that they identified a lack of highly innovative service providers. Therefore, an outstanding business opportunity.

"So we went out and started that product-development company with an eye toward providing the most-innovative turnkey product-development services right from day one," said Dennis. "And then we added the operational capability, or the manufacturing side, about four years into the business. That has grown over time, too." 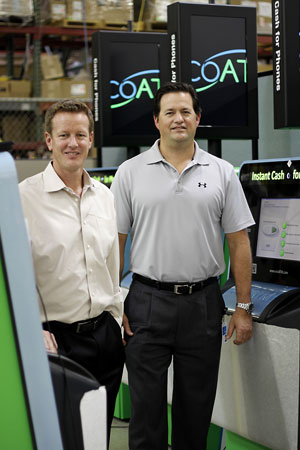 D&K Engineering CEO Scott Dennis (R) and company President Alex Kunczynski are shown in front of reverse-vending kiosks for eco-ATM. Th e machines pay users to recycle a cell phone and are found in locations throughout San Diego and across the U.S. Photo by Dawn Egan

Whether D&K develops the product and a client's company manufactures it themselves, or whether a client also needs a contract manufacturer, D&K is fully competent to handle either scenario. At any given time, there may be 20-30 active projects in progress at D&K's San Diego facility alone, according to Kunczynski.

"Because we're a service company, we don't typically own the patents that result, but we're named on them because we're the inventors," said Dennis.

Asked to pinpoint reasons for D&K's success, Kunczynski cited what he called the company's "culture of collaborative innovation," components of which he said include hiring the best people in their fields and giving them a lot of leeway to be great at what they do, listening, respecting, keeping one's ego in check, getting on board with the right ideas, rewarding great performance, and putting a premium on integrity.

"I would say, remarkably, that it's been very, very constant since the first day," said Dennis. "We set out to create a service-based, product-development and manufacturing company for clients looking for an outsourcing option. We wanted to develop complex electromechanical products on behalf of others, because we saw a real need existing and growing and a trend in the industry to outsourcing a core part of the development."

Scott Dennis and Alex Kunczynski have done so with D&K Engineering, proving that "friends" and "business partners" need not be mutually exclusive terms.