By PADMA NAGAPPAN, Special to The Daily Transcript
Thursday, November 15, 2012 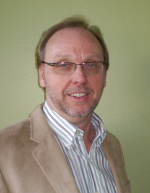 When he was about to graduate high school, Mitch Phillippe looked at brochures for college degree programs and came across one on landscape architecture. It was 1975, and he had never heard of such a degree but became immediately interested, since he loved being outdoors, and had taken some drawing and drafting courses in school.

That decision put the Florida native on track to become a landscape architect. After a few years working in the Sunshine State, he became tired of the heat and humidity, which is when San Diego beckoned.

"My sister had moved here and talked it up, and my wife and I decided if we didn’t move away from Florida then, we never would," Phillippe said.

He moved here in 1988, found a job at Van Dyke Landscape Architects and worked his way up, eventually becoming president and senior partner at the firm in 2001, which today goes by the moniker VDLA.

The firm was founded by Tom Van Dyke in 1972 and is one of several pioneering, top-tier landscape design companies in San Diego.

The company has handled many landmark projects over the years, including the villages of Old Town and the Convention Center. Among its clients are public parks, the federal government, water districts, schools and private developers.

When he came here, Phillippe found that designing landscape projects in California was very different from the work he'd done in Florida.

"There's not a lot of topography in Florida, it's really flat. California has lots of topography, so site design and grading was a very new experience when I got here,” he said. “The climate is completely different — Southern California is very arid, desert-like, but Florida is a sub-tropical climate, hot, very wet and humid. And the native plants are completely different.”

One of the notable projects Phillippe worked on during his early years is Humphreys Concert by the Bay — the outdoor theatre next to Humphrey's Half Moon Inn that he recalled as a rewarding experience.

A public pedestrian plaza in Coronado is another pet project of his, completed 10 years ago. The Orange Adella Plaza is across the street from the Hotel Del Coronado and in front of the El Cordova hotel.

"It gets a lot of use by tourists and local public; it has rich materials, Mediterranean-style detailing, decorative fountains, colorful Spanish tiles. It came together very well and held up very well over 10 years," Phillippe said.

More recently, VDLA was the lead consultant for the Veteran's Administration on the Miramar National Cemetery project, for which it designed the master plan for the 300-acre site.

Phillippe said that with most projects there are some common challenges, such as dealing with stakeholders who have competing interests. Part of being a landscape architect is getting everyone involved in the project to agree.

Some projects are complex, like the Miramar cemetery, which had steep topography — and traditional cemeteries can only have a certain amount of sloping. It also had a lot of areas that needed to be preserved for environmental reasons, so site planning turned out to be a challenge.

Having been in business a long time, he has seen paradigm shifts in trends. In his early years, he recalled how landscape architects would have to push conservation and good planning with their clients, but now, legislative requirements drives conservation.

"Another thing I've seen over the course of my career is how landscape architects have a leading spot on the table now," he said. "When I first got out of school, it was often an after thought. They didn't want us on board until it was almost completed,” he said. “But now, we're considered a very, very important member of the team and involved early on in decision making."

A lot of aspects that didn't get much attention in the 1980s — such as water conservation, planning for natural drainage, saving top soil and reusing it — have now become a requirement and developers have become more conscious that consumers want sustainable practices, which is a big driver for the industry.

The period from 1995 to 2006 were boom years, when Southern California saw a lot of development, sandwiched between the recession of the early ‘90s and the Great Recession.

"Everyone had some pretty good years in that time. After 2007, things took a nosedive,” Phillippe said. “We did okay, but we downsized from 23 to 10 employees, hung on to our core group of seasoned people. But things have picked up in the last six months, knock on wood, and we're busier than we were last year.”

He works closely with his two junior partners, Beth Bowen and Yale Hooper, whom he credits as being a big part of the firm's success.

Employees describe Phillippe as very hands-on, involved in most of the projects the firm takes.

As a businessman, he is very good at communicating goals, is open to suggestions and is a very good mentor and involves his partners in all aspects of the business, Bowen said.

Phillippe promotes a relaxed atmosphere in the office and is laid-back — except when it comes to design.

"In terms of design, he gets so worked up and excited about integrated design and his enthusiasm helps keep every one's interest peaked and fired up, Bowen said. “Even with mundane aspects, he's pointing out how it fits in. He's very detail-oriented about design, down to the last grout joint.”