Five words are printed on the back of George Rogers' business cards and those of every staff member at Carlsbad-based RQ Construction (RQ): Safety. Ethics. Innovation. People. Teamwork.

Rogers, President and CEO of the 15-year-old defense contracting firm, regards each of the words as a core value and equally important to the success of his company. But it's the latter two that make it all possible.

"'We' are smarter than 'I' am smart. That's kind of the concept, " said Eric Taylor VP of Operations. 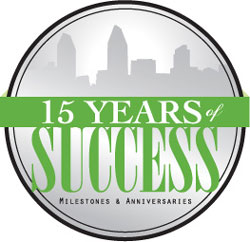 The U.S. Department of Defense is RQ Construction's mainstay client. The company has played a pivotal role in the expansion of military bases and facilities from coast to coast, including San Diego's own Camp Pendleton and Naval Base San Diego/Coronado, Ft. Bliss, Tex., Quantico, Va. and Camp Lejeune in North Carolina, where RQ Construction is planning to open a new office. Locally, among many other projects, RQ designed and built the MARSOC (Marine Corps Strategic Operations Command) campus at Camp Pendleton and, in a joint venture with Berg Electric, completed the base's $100 million electrical infrastructure project. RQ is now working on a state-of-the-art fitness complex at NAS North Island.

"Back in '07 and '08, we started seeing signs that our industry was going to be hit pretty hard by this economy. We had to make some strategic decisions," said Steve Scogin, Director of Marketing. "Instead of trying to be everything to everybody, we stuck to what we do well (i.e., design-build projects for military bases) and have tried to improve that for our customers." 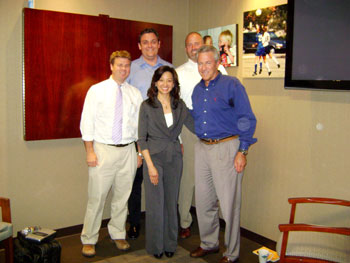 According to Rogers, RQ has been able to prosper in a tough economy because of the company's ability to seamlessly integrate all aspects of the design and construction process. It was an epiphany Rogers had eight years ago –resulting in a shift from design-bid-build to a design-build paradigm (which relies on a single point of responsibility contract and overlaps the design phase and construction phase of a project) – that changed the company's way of doing things and, indeed, its fortunes.

It also meant the addition and implementation of a fully integrated, in-house design department, quite unlike the vast majority of contractors. 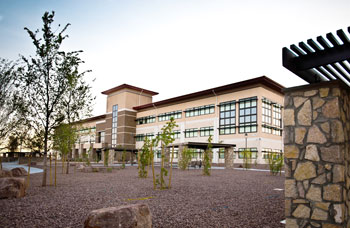 "The advantage we have here is we can gear every bit of our design system to our construction (in order) to maximize value at every point of the project," said Sherri Haviken, Executive Director of Architecture.

"We've got over twenty projects that we've done with our in-house design team and we're still learning how to do it better and better each day," said Steve Noel, Director of Architecture.

"The Marine Corps, the Navy...they're great customers. The Army Corps of Engineers is excellent. We're looking for customers and opportunities that allow us to build teams. We want projects that are awarded on value, not initial price," said Rogers, looking forward. "We want design-build so that we have the opportunity to take the creativity of that whole team and invent or create a better design."

Contrary to the popular adage, there may be an "i" in "team," after all. At RQ Construction, that "i" is integration.