Watkins Landmark Construction: Taking on tough projects that stand out

The words of the 30th U.S. president and the availability of free WiFi at Starbucks might, to most, seem like improbable contributors to the success of a business, but not to Jody James Watkins.

'Persistence and determination alone are omnipotent.' That's Calvin Coolidge, it's not me, but it's a quote that I've always lived by," said Watkins, 45, the president and CEO of Watkins Landmark Construction.

Coolidge's words have served Watkins well, particularly in the infancy of his company when, while managing his company's first two projects, he "worked out of a Starbucks so that I could sponge off of WiFi." It hasn't always been easy. 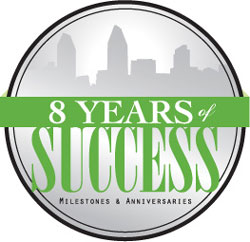 But just eight years later, Watkins doesn't have to "sponge off" Starbucks or anyone else, thank you very much. The regional landscape is dotted with an impressively diverse array of edifices built by Watkins Landmark Construction, which now boasts 20 employees (including Watkins' wife, Jennifer, the firm's chief financial officer) and an office in Solana Beach. According to Watkins, a second office will be opened next year in Indian Wells, Calif., where Watkins Landmark Construction has a longstanding relationship with the Indian Wells Tennis Garden.

"We do all the renovations there and we're going to start a second stadium there next year," Watkins said. "They're going to go through their biggest expansion since 1998 when the original stadium was built. It will be the highest-profile project in the desert and I can't think of a better launching pad for a second office," said Watkins, who confessed a love of the desert area in which the Tennis Garden is situated. 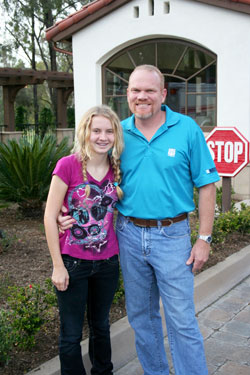 "Clients ask, 'What's your niche?' Well, we have several. We don't want to be a niche contractor," Watkins said. "We aspire to get the difficult projects, the ones that are tough and the ones that will stand out. Right now, we're doing everything from stadiums, to biotech, to offices, to restaurants. It's pretty widespread. Not many companies do that. But it's something we take pride in, that we can do."

Leveraging Watkins' experience on award-winning projects such as the Indian Wells Tennis Garden, Petco Park, Pfizer Campus Biotech Research Buildings, the Pacific Athletic Club and even projects in Washington, D.C. and its environs, Watkins Landmark Construction completed Solana Beach Presbyterian Church's preschool tenant improvement project and built a gymnasium, tennis courts, athletic fields and other facility improvements on the campus of San Diego Jewish Academy, as well as two charter schools in Los Angeles, the Solana Beach Towne Centre renovation and local residential land development projects such as The Preserve at Del Mar, The Heights in Poway and Carmel View on Del Mar Mesa, among many other projects.

Additionally, the company just finished building two new guard houses and gates at the main entrances to the Fairbanks Ranch residential community, has highly sensitive construction underway at Covenant Care in La Jolla, the company's first OSHPD (Office of State Health Planning and Development) project, and is slated to break ground on Phase 2 of its Solana Beach Presbyterian Church project, which will include an addition to the sanctuary, new campus buildings and a complete site modification. Watkins Landmark Construction has also begun work on Spike Africa, a new restaurant in downtown San Diego.

"Until we start work on Indian Wells, (Spike Africa is) our highest-profile project and it's going to be an outstanding restaurant in an historic building in the Gaslamp Quarter," Watkins said.

Proud of its slogan, "Custom quality with commercial efficiency," and not being a niche contractor, Watkins Landmark Construction's success and, indeed, the legitimacy of the word "landmark" in the company's name, can be attributed to the words of Calvin Coolidge: persistence and determination. 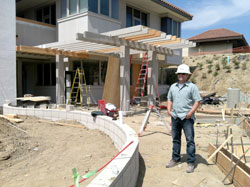