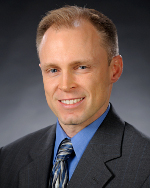 Sean Blixseth is corporate counsel at SANYO North America Corporation. He counsels SANYO, its subsidiaries, and its parent company, SANYO Electric Co. Ltd. in Japan, on a variety of issues relating to business transactions, mergers and acquisitions, U.S. and European environmental laws, labor and employment, real estate, bankruptcy, litigation, anti-trust laws, intellectual property, and corporate governance. Blixseth also works closely with Panasonic Corporation of North America, which is an affiliate of SANYO. Blixseth currently serves as a board member of the Japan Society of San Diego and Tijuana, and is a member of the development committee for the Kyoto Prize Symposium.

Blixseth received a J.D. and master of intellectual property, commerce, and technology from the University of New Hampshire School of Law. He focused his undergraduate studies on Japanese language, culture and economics at Portland State University, where he received a bachelor’s degree in Japanese and anthropology. Blixseth also studied at Waseda University in Tokyo and Hokkaido University in Sapporo, Japan. Following graduation from Portland State University, he worked as a coordinator of international relations for a city in northeastern Japan for two years. He speaks, reads and writes Japanese fluently. Blixseth is licensed to practice law in California and Oregon.

A graduate of Yale Law School, Kevin Jerome “K.J.” Greene was selected by peers in the California bar in 2005 as one of the top ten intellectual property attorneys in San Diego County. Greene writes on topics from James Brown’s music and copyright law to idea theft in Hollywood, and abusive trademark litigation. He has established a national reputation as an intellectual property scholar. Greene’s work was among the first in the legal academy to explore the intersection of race and intellectual property, using African-American blues artists as an example.

Professor Greene served with honor in the U.S. Marines Corps before attending law school, and graduated with highest honors from the State University of New York at Old Westbury. After graduating from Yale, Greene completed a judicial clerkship with the Michigan Supreme Court, which awarded Greene a special certificate for outstanding service.

From the Harvard Journal on Law and Public Policy to Hastings Entertainment Law Review, Greene has published numerous articles and book chapters on copyright, trademark, music and motion picture law issues. His work was the first in the field to examine the treatment of blues music artists under copyright law. He has also written about abusive trademark litigation in the entertainment context, motion picture copyright injunctions, as well as celebrity rights of publicity and idea misappropriation in Hollywood. 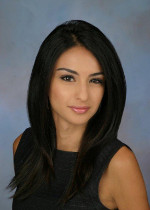 Negeen Mirreghabie is admitted to practice law in California. She obtained her Juris Doctor from the University of San Diego School of Law in the top of her class, in addition to receiving her B.A. in political science, summa cum laude, from the University of California, San Diego. Mirreghabie continues to give back to her native community of San Diego by having served as adjunct professor at Thomas Jefferson School of Law and holding a number of leadership positions in highly esteemed bar associations. She currently has the great privilege of serving as 2012-2013 president of the New Lawyers Division of the San Diego County Bar Association, whereby she oversees one-third of that association’s membership, as well as tailors event programming to propel the legal trajectory and professionalism of San Diego’s attorneys.

Moreover, Mirreghabie is a tenacious and diligent attorney who practices with compassion and integrity. Her cultural and linguistic enthusiasm is reflected by her travel to dozens of countries, her fluency in English, Farsi and German, as well as her proficiency in Spanish — all of which are assets that enable Mirreghabie to diffuse highly charged personalities, tackle complex situations and perform in a highly sophisticated manner.

This is Professor Seibel’s eighth year as a visitor at California Western School of Law, capping a career of more than 30 years as a law professor. He previously taught in the clinical programs at several law schools, including lengthy appointments at Cornell Law School, where he received an award for his volunteer and community efforts in Tompkins County, and at City University of New York School of Law. He is a past president and a founding member of the board of directors of the Clinical Legal Education Association.

Recently, he organized and implemented the Access to Law Initiative in San Diego. This is an innovative program of California Western School of Law that brings free and low-cost legal services to underserved communities in the city, while supporting new solo and small-firm practitioners in establishing their practices.

Prior to teaching, he practiced law at a large private law firm in Boston, where he specialized in estate planning and administration. He has published articles based on his original empirical research about law school field placement programs and the demographics of clinical teachers.