Instead of providing cloud services to the masses, American Internet Services opted to go with a specialized route.

Instead of taking a mass market approach, Caulfield chose to target one of San Diego’s biggest sectors: health care and life sciences.

"We spent about a year working with that community, looking at what they are doing and what they would like to do in the cloud,” he said. 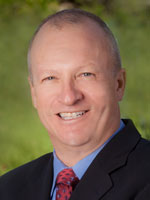 As a result of that market research, AIS built out a Software as a Service (SaaS) cloud-based application called AIS ClearCompute that supports three core research tools used in the field: BLAST, Galaxy and RNA-Seq.

“These are the things we heard from that community that they wanted to be cloud-enabled. We looked at where are we and what problem can we solve,” he said.

Clients have full command over all their application and compute resources from a secure, browser-based AIS ClearCompute control portal.

AIS is not trying to compete with giant cloud providers, like Amazon Web Services.

“Like any large solution tailored for masses, it has a lot of compromises associated with it,” he said. “We are going after a niche. We believe that niche is a large niche.”

He predicts that many cloud providers will also start specializing in areas, whether it’s in life sciences or a certain compliance solution.

“They will come out and identify what their target slice is and will do it extremely well. It’s how they will compete and go to market,” Caulfield said.

In opting to go after a niche market, he knows he won’t be able to lock down every customer that’s looking for a cloud solution.

“It’s also understanding what you are not good at,” Caulfield said. “We know where we want to compete and know what our customers want. We are not trying to be everything to everybody.”

As senior vice president of global operations at Savvis, he led the efforts to rapidly expand the company’s international data center footprint, upgrade its network infrastructure, and expand its operational capabilities for managed services and utility computing.

While at Cable & Wireless America, he led its hosting business, which represented more than $450 million of revenue.

He is also a member of the San Diego Rotary Club 33.

Caulfield holds a master’s from the University of Oregon and a bachelor’s from Clark University in Worcester, Mass.